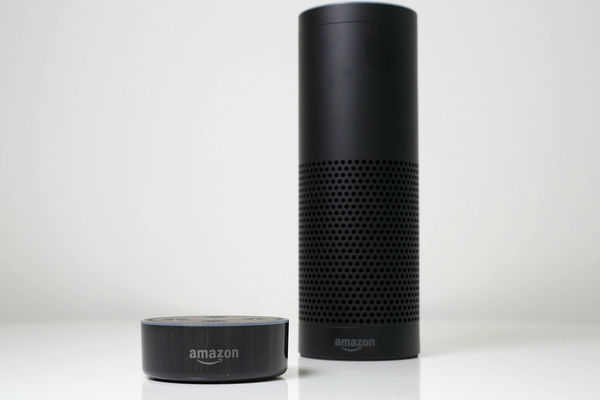 Amazon has revealed another device aimed at changing the way we live our lives, this time in the form of the Echo, a voice-powered artificially intelligent assistant.

The ecommerce and tech giant has announced it would launch the Echo in the UK and Germany, following trials in the US last year.

Its new device, which looks like a portable speaker, is able to listen for voice commands and control internet connected devices around your home.

The Amazon Echo will also be able to control appliances like light switches, coffee machines and TVs as well as stream music and answer questions using internet searches.

Retailing for £149.99, Amazon said it would be available to pre-order from today.

Its little brother, the Echo dot, which connects to different devices via Bluetooth around your home, works alongside the Echo and will be sold in packs of six or 12.

Amazon‘s David Limp stated the Echo had been influenced by Star Trek and the ability to “talk to the computer anywhere”.

This comes a week after Amazon launched the Dash, a one-click device that re-orders good and has them delivered to your door the next day, aiming to change the way we shop.