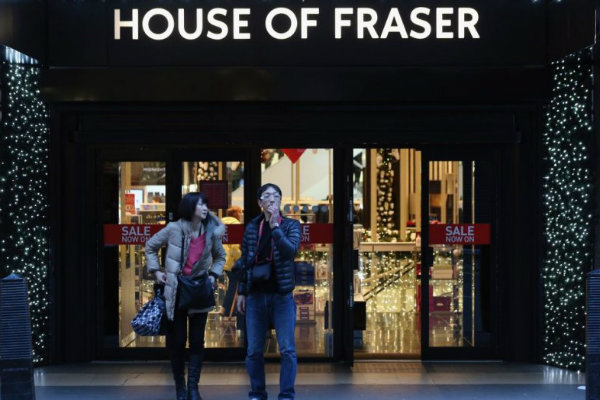 House of Fraser has failed to make any significant growth amid a challenging high street market, according to its latest trading update.

The department store chain has reported sales consistent with last year at £573.3 million for the 26 weeks leading to July 30, failing to achieve notable growth.

Its EBITDA declined by just over £1 million, partly due to a £3.9 million drop in its financial service income.

Despite this its online sales, which accounted for 20.7 per cent of its overall sales, increased by 17.8 per cent.

Planning to continue expansion, House of Fraser will introduce brands including Mulberry, AllSaints and Monsoon to its portfolio along with numerous concessions in Hamleys.

A new store will also anchor a shopping centre development in Northamptonshire next summer.

Refurbishments to five stores will be completed by the end of next month, marking the end of its two-year refurbishment project incorporating 12 outlets.

The retailer said the refurbishments hindered trade, dropping sales by two per cent in the first eight weeks to September 24.

The firm is poised to maximize sales in the fourth quarter including the holiday season and Black Friday, which typically accounts for 85 per cent of its annual profit.

“Under the leadership of our strengthened management team we are, however, highly confident in our ability to navigate these changes and position House of Fraser to deliver on our customers‘ demands.”

Debenhams to reopen 3 stores in Northern Ireland before England