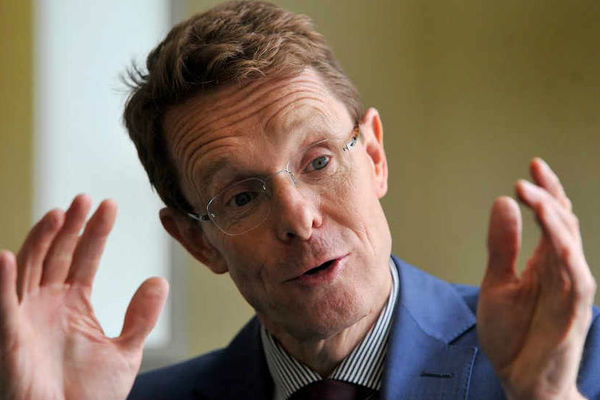 John Lewis‘s boss has been confirmed as the conservative candidate for the mayor of the West Midlands.

The Tory party announced Andy Street as their candidate for the newly-created role of West Midlands mayor, meaning Street will leave his long0standing position at the department store chain.

Having worked his way up through the company for over 30 years, Street has run the retailer for the last nine.

His departure comes amid the chain‘s 31 per cent slide in profits for the six months to July in a turbulent retail environment.

Back in February Mark Price, who was head of its grocery chain Waitrose, made a similar move to pursue a political career and now holds the position of trade minister.

RELATED: Will John Lewis’ boss become the next mayor of West Midlands?

“It has been a privilege to lead John Lewis through a transformational period in the retail industry, and I am confident that we have built a business which will continue to thrive while being loyal to its principles,” Street said.

He added: “The opportunity we now have is unprecedented. Our economy is being renewed, but we have much more to do to ensure everybody feels the benefit. Our mission is therefore to build the economic powerhouse of Britain in an inclusive way.”

He will face SiÃ´n Simon, MEP for the West Midlands and a former MP for Birmingham Erdington in the election which is traditionally a Labour voting constituency.

This weekend Street is expected to speak at the Conservative party conference.