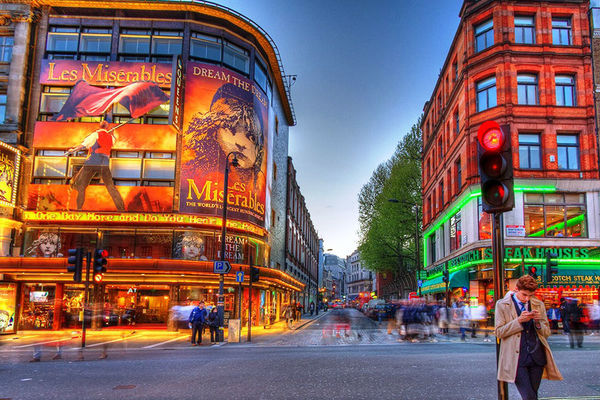 A new study has found that London‘s West End precinct continued to boom throughout August with sales up by 44 per cent from 2015.

Chinese visitor spend rocketed by 65 per cent, with the average spend per person reaching £1453.

Similarly, US and Hong Kong vistitor spend shot up by 74 per cent and 72 per cent respectively.

This change in the rates of visitors demonstrates the importance of international tourism for retailers post-EU referendum, however many are cautious of its longevity.

“The West End has enjoyed a remarkable summer, with the £400 million total spend in July giving way to a 44 per cent increase in sales across the district in August,”New West End Company chief executive Jace Tyrrell said.

“Tourists are evidently still keen to cash in on the weak pound and thus have helped alleviate, albeit on a temporary basis, some of the shockwaves that hit the economy following the Brexit vote.”

Bond St performed especially well during the period with non-EU sales up by 48 per cent.

Department stores performed just as well, up 5.2 per cent, and luxury retail remained strong in the area with a year-on-year increase of 19.5 per cent.

Despite the strong performance of August, many West End retailers are concerned about the future, which contributes more to the UK’s GDP than Wales.

Business rates are to be revaluated in early 2017 which is set to increase costs on West End stores by 80 per cent, and potentially slashing profits by 25 per cent.

“The longer-term horizon once the process of leaving the EU gets underway looks less bright, as the business rates revaluation in early 2017 will hit West End retailers‘ profits by up to 25 per cent in some cases,” Tyrell said.

“Retailers are also expected to manage an average 80% increase which will undoubtedly have significant knock-on effects.

“In the new post-Brexit environment, the Government should look to support, not undermine, the UK‘s economic wellbeing given the uncertain times ahead.”