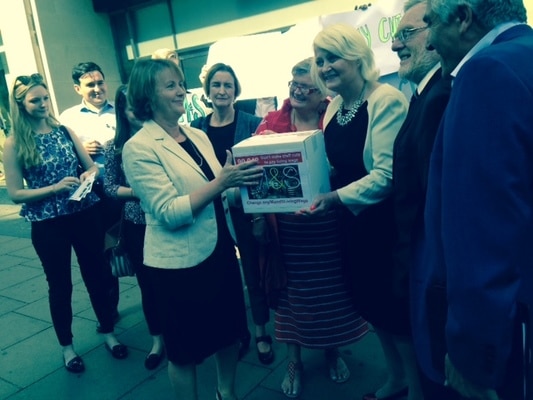 An MP who has campaigned hard for the National Living Wage in Parliament has presented a box containing over 90,000 signatures to staff members at the Marks & Spencer head office in Marble Arch, London today.

Along with fellow MPs and members of Merton Council, Labour MP Siobhain McDonagh represented a staggering number of staff and supporters rallying against the proposed pay cuts by the retail giant.

McDonagh told the Retail Gazette: “This is an issue of justice. [Former Chancellor] George Osbourne announced the National Living Wage and stated everyone deserves a pay rise and I say, ‘hear, hear!’

“It‘s simply not fair that these big companies are allowed to work around it.”

M&S argue that the pay changes, which cut Sunday and bank holiday pay, will actually benefit 90 per cent of its staff.

They also said in a statement that the savings would be invested in proposed higher hourly rates and that they already paid staff significantly above the national average.

McDonagh added: “It‘s not going to benefit the 10 per cent who have been working for the company for 14 years, who are loyal and hardworking.

Stephen Alambritis, leader of the Merton Council and former member of the FSB, said: “Big players like M&S set an example for smaller businesses, it‘s not right that they find a way around the national living wage through subterfuge.

“Following this I would urge staff to join a trade union so they can take on moves like this.”

Caroline Harris MP, whose mother worked for the company for 45 years, lead the demonstration alongside McDonagh.

“My mother always prided herself on the fact that they never needed a union because they were a company that looked after their staff,” she told the Retail Gazette.

“She would be devastated if she knew what they intended to do now by taking away this money from people who have had pride in their company too.

“I personally am appauled. Up until now I thought they were a company with a moral conscience.”

Watch the video of the petititon being presented to M&S HQ staff: 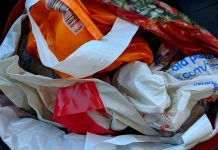