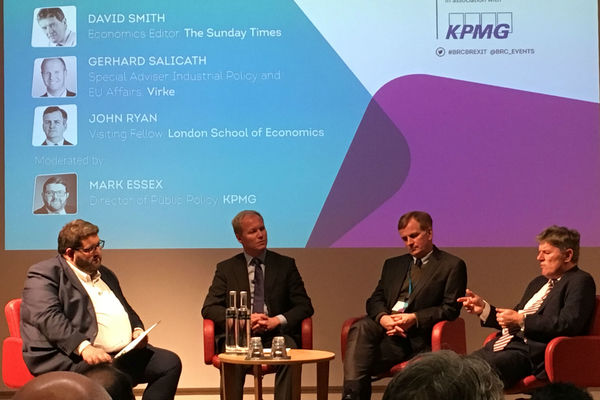 In the wake of the standoff between Tesco and Unilever shedding a light on the real effects of Brexit, the British Retail Consortium last night officially launched its campaign aimed at ensuring the best way out for both retailers and consumers.

Hosted alongside KPMG, over 100 of the top retailers and decision makers were in attendance to listen to a speech in which BRC chairman Richard Baker discussed the future of the retail industry during this “transformative” period, and what the “uniquely resilient, uniquely agile, uniquely inventive” sector must do to ensure its maintained strength in the coming years.

Firstly, a focus on keeping prices low for consumers in the wake of tariff changes. This included both ensuring new tariffs were not damagingly expensive and seeking new opportunities for improved tariffs.

Next was to ensure that the government understood the challenges they were putting upon the retail industry, and ensuring no unnecessary regulations or new laws put more strain on the already-pressurised industry.

Finally, Baker laid out the BRC‘s plans to lobby for a fair deal for EU colleagues, referring to the estimated 200,000 EU workforce that contributes to the retail industry whose security in this country could be at stake.

Attempting to shed a positive light on the turbulent circumstances outlined in the beginning of the speech, Baker mentioned that so far Brexit has had no discernable effect on retail sales.

In light of Unilever bringing the real effects of the fall of the sterling into the public eye however, he said: “We can‘t say we‘ve avoided any significant economic consequences of the referendum – only that the potential impacts have not yet had time to filter through into sales.

“Through this uncertainty, the BRC will devote its every effort to lobbying, supporting and informing the government at this watershed moment in Britain‘s social, political and economic life.”

Following Baker’s keynote address was a debate in which three experts sought to shed light on what might happen in the period up to March 2019 and thereafter.

Gerhard Salicath, a special advisor for industrial EU policy, lobbies the Norwegian government on their dealings with the EU. As a country in which pundits have suggested the UK should model its EU relationship on, Salicath stated this wouldn‘t be an option for Britain, citing vastly different economies and relationships.

He also highlighted the huge benefit of eastern European workers in this country and in Norway, as neither country pays for their education or retirement but benefits from their skills.

Professor John Ryan of the London School of Economics mentioned that by March 2019, the negotiating landscape in Europe may have completely transformed, as three key elections in countries including Germany and France could well see a shift in attitudes towards the UK.