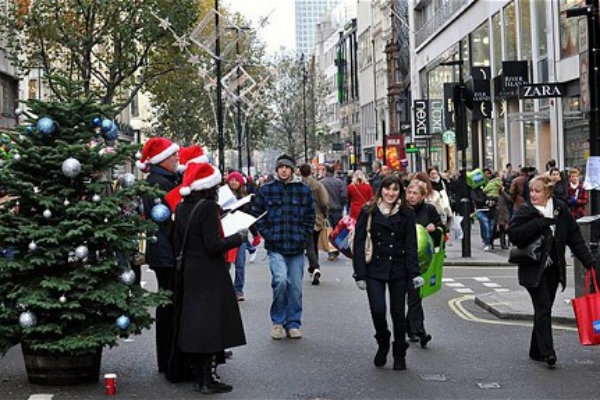 The resilience of Brits continuing to shop and spend money despite initial fears after the Brexit vote is set to provide retailers a bumper growth this Christmas, according to a new report.

Analysis from Fung Global Retail & Technology indicates that the “Brexit bounce” is set to boost holiday spending by 3.5 per cent year-on-year, but the increase could be as much as 4 per cent if recent strengthening trends continue.

Brits are expected to spend around £2.5 billion more than last Christmas, with tills ringing up a total of £73 billion in sales in the final two months of the year.

The positive prediction would come as a relief to retailers following last year‘s Christmas season, which was the weakest in 25 years.

“In fact, this strengthening really gathered pace following the UK‘s June vote to leave the EU.”

However, not all retail sectors will enjoy a bumper Christmas.

According to Fung, apparel specialists and department stores are expected to continue to see muted demand for clothing, as consumers opt for electricals or experiential gifts, such as tickets to major events, dining out or leisure activities instead.

“Apart from undemanding comparatives from last year, there is no reason to think apparel stores will have a good holiday season,” Weinswig said.

Meanwhile, internet-only retailers are set to steal the show this Christmas, outperforming in apparel and tapping demand for tech.

Internet pure plays are also expected to buck the trend of a weak apparel market, with ASOS and boohoo.com likely to maintain their strong growth, Amazon likely to benefit from its march into the apparel category, and Zalando set to receive a boost from its current, major advertising campaign.

All in all, Fung prediects sales in the non-store retail segment, which includes internet pure plays, to jump by 13 per cent this holiday season.

Food retailers are also expected to witness a two per cent, year-on-year boost in sales, on the back of a year with steady improvements and positive growth data from the Office for National Statistics.