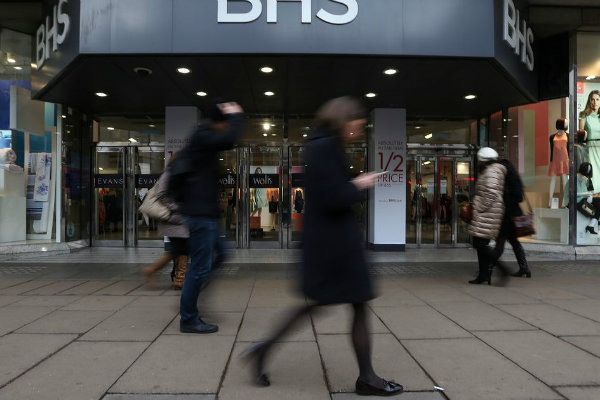 The businessman who tried to buy BHS before Dominic Chappell has accused him of doing “incredible” damage to the iconic department store chain, according to reports.

Sutton also said he could‘ve saved BHS had his negotiation process with Sir Phillip Green – who owned the brand for 15 years – not been halted.

Green had stopped negotiations with Sutton after it emerged that the latter had been convicted of fraud in France in 2002.

Chappell then stepped in and continued negotiations, but after his company Retail Acquisitions bought out the brand in March 2015 – for £1 – it fell into administration just over a year later.

BHS‘s collapse continues to be investigated by the Pensions Regulator, the Insolvency Service and the Financial Reporting Council, while the Serious Fraud Office is set to decide if there are grounds to launch a criminal investigation.

Green and Chappell have also been grilled MPs to provide evidence, and a government report concluded that Green was largely to blame for selling BHS to a “manifestly unsuitable” buyer.

Green also faces the possibility of losing his knighthood after Westminster recently backed a motion for him to be stripped of the honour.

While Sutton said Green made a “dreadful mistake” in selling BHS to Chappell, he believes the criticism of him “is unfair”.

“[Green] always said he would sort the pension and he left the company with hundreds of millions of pounds [to invest in running the business],” Sutton said.