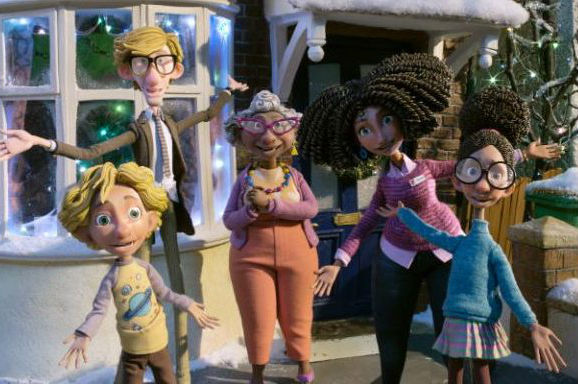 Sainsbury‘s recruited James Corden and an Oscar-winning musician and producer Bret McKenzie to help put together its latest Christmas advertisement.

Regarded as John Lewis‘ close competitor on setting the benchmark in Christmas ads, Sainsbury‘s The Greatest Gift is a musical-style, stop frame animation ad which highlights the importance of sharing the gift of time with family and friends over Christmas.

The ad will also help raise funds for Great Ormond Street Hospital Children‘s Charity, with proceeds going towards providing accommodation for families of children at the hospital.

Launched on Sainsbury‘s social media channels this morning, the advert will air on TV later tonight at 9.15pm on ITV.

Directed by award-winning Sam Fell, it tells the tale of busy yet devoted father Dave, who comes up with a plan to create replicas of himself so he can spend more time with family and ensure he can be with them for Christmas.

Dave‘s story is told via an original song The Greatest Gift For Christmas Is Me, voiced by The Late Late Show host Corden and composed by McKenzie.

Sainsbury‘s head of broadcast comms Sarah Kilmartin said the idea of sharing over Christmas has been a constant theme for the Big 4 retailer‘s past three year.

“This year is no exception and we think many families will be able to relate to the idea that Christmas can be such a busy time that it can be hard to prioritise simple family time together,” she said.

“We hope our advert will remind people of that while providing some light hearted entertainment for the whole family to enjoy.

“Supporting Great Ormond Street Hospital Children‘s Charity felt like a very natural extension of this as we know that the families at the hospital face more difficulties than most to spend time together as a family, at Christmas and all year round.”

The sets and puppets of The Greatest Gift took 16 weeks to build, with 26 characters in total and over 1000 separate puppet facial expressions created for all the characters.

Approximately 10-12 frames were captured per hour of filming in the studio, which is half a second of final footage.

It took 420 hours to film the stop frame portion of the film in the studio, and then eight weeks in post-production and editing.

Over 180 people worked on the production, and it was the first time full colour 3D printed faces were ever used in animation production in the UK.

The animated world of Dave will also be reflected in the Sainsbury‘s food-focused Christmas advertising campaign, due to launch November 18.