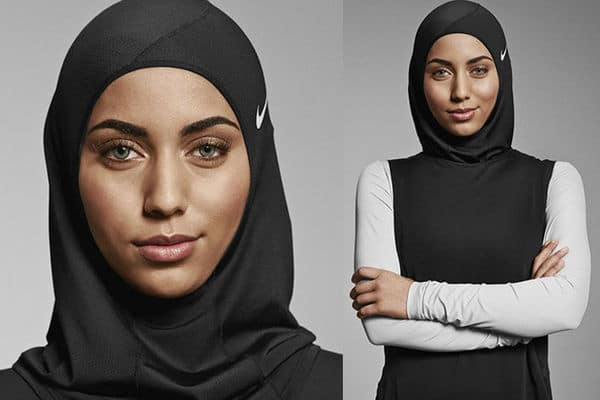 In recent months, modest wear has begun to make its way into mainstream fashion, throwing petrol on an already lively debate.

Earlier this week, a European court passed a bill which allows employers to ban the wearing of the hijab.

It said in a statement: “An internal rule of an undertaking which prohibits the visible wearing of any political, philosophical or religious sign does not constitute direct discrimination.”

However, prior to this ruling, which has been branded as both a step forward towards “social peace” or a “license to discriminate”, some of fashion‘s biggest names have been making conscious efforts to introduce modest wear to their ranges.

Debenhams recently announced a partnership with modest wear brand Aab, planning to place its new collaborative ranges on sale in many of its stores across the UK.

Perhaps most significantly, due solely to the public backlash from the announcement, was Nike‘s announcement of the Pro Hijab.

This move has solidified modest wear into mainstream fashion in the west, but it has been met with controversy — especally on social media — even though some of the Arab world’s most prominent female athletes publicly endorsed it.

“While the spending power of young Muslim women is enormous and constitutes a market that many are looking to tap into, I think this approach risks sounding exploitative,” said Raoul Shah, chief executive of commincations agency Exposure.

“And something as important as female empowerment shouldn‘t be translated purely into spending power and being ‘good for business’.

“It goes much deeper than that. It is also naive to view the issue simply through the lens of fashion – this can risk reducing a truly important topic to something very ephemeral.”

Examples of the backlash include calls to boycott Nike, accusations that it the Pro Hijab was not groundbreaking as athletic hijabs have been around a while, or that it normalises the stereotype that all Muslim women have to wear the hijab — when they don’t.

One of the Pro Hijab‘s designers and testers, Emirati Olympic weightlifter Amna Al Haddad took to Instagram to respond to the backlash.

“From my perspective as a former athlete who competed in hijab, in the past, the big brands didn‘t see the need or market for it as it was not ‘popular’ and it was unheard of to see women train, exercise and compete in hijab,” she wrote.

“It is a recent phenomenon where more women have expressed a need for it and more professional athletes have fought for rights to compete with a headscarf, and have an equal playing field. We made it big in the news, we couldn‘t be ignored.

“They know that we are here to stay and decided to join the party and create another ‘ompetitive’ sport hijab in the market, which by the way, did exist in the market for few years now.

READ MORE: Nike poised to roll out performance hijab across its stores

“As an innovative company, they will create products and they will meet market needs – whatever they may be.

“It is not dismissing any other hard work done in the past to develop sports hijabs, it‘s just there is more competition in the market for modest clothing now.”

With such a sensitive subject, large brands often prioritise risk aversion at any cost. Yet when a brand takes a gamble for the right reasons, demonstrating it is not solely for reasons of profit, it can have wide reaching ramifications.

Shah believes now is the time for brands to make their voices heard in order to drive social change.

“To see it as being solely about fashion is to completely miss the point,” he said.

“Nike has taken a vocal and overt stance in promoting female empowerment and I believe it serves as a genuine stand against discrimination.

“Moreover it‘s about driving cultural change and promoting inclusivity at a time when brands and organisations need to take responsibility for such issues like never before.” 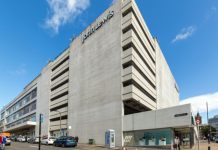