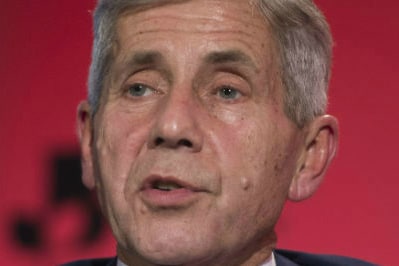 Former M&S boss and retail heavyweight Lord Stuart Rose has warned that “the tide is coming in” for the UK economy after Brexit.

Speaking to BBC Radio 4, Rose said he was worried retailers and consumers alike would become “cautious”, putting off spending until a rainy day.

He said that although this was prudent, it could damage the UK economy, and he encouraged other retail leaders to stop expressing their concerns over Brexit.

Rose, who was one of the Remain campaign leaders in the lead-up to the Brexit referendum last year, said he doesn‘t regret it because “sadly, nobody else agreed to do it – which is more of a reflection about the willingness of some of our business leaders to stand up and be counted”.

“It’s all very well for them to say after the event that they wish they’d done more – they didn’t,” he said.

“At the time, there was a real shortage of people. I did it. Personally, it was a difficult time for me, but it only reminded me of one thing for the future, and that is that you should stick to what you know.

“I didn’t vote for Brexit, but I’m absolutely 100 per cent behind (the government).

“Now we’ve agreed to do it, let’s do it, let’s all pull behind the government and try to get the best possible deal.”

Rose also explained what he saw as the dangers of consumers becoming cautious.

“They will keep money back for a rainy day, they’ll say ‘I won’t do today something that I might be able to put off to tomorrow’, which is prudent but not good for the economy,” he said.

“You can’t defy gravity, you can’t be like King Canute. The tide is coming in.

“If we have a really difficult time in negotiating our way out of Europe to the extent that it means we have to put tariffs or taxes or whatever else up, which may act as a further brake on the consumer, then I think we could have some difficult times.”

On this week‘s budget, Rose said the government was holding back on spending in anticipation of the coming “rainy days”.

“The finances are slightly better than they thought they were, but the government knows there is a possibility of serious rainy days coming and they want to keep some firepower,” he said.

This comes after Rose made headlines yesterday after he made comments that Sir Philip Green should not be stripped of his knighthood due to his handling of BHS’s collapse, despite having prevented the billionaire from acquiring M&S during his tenure.