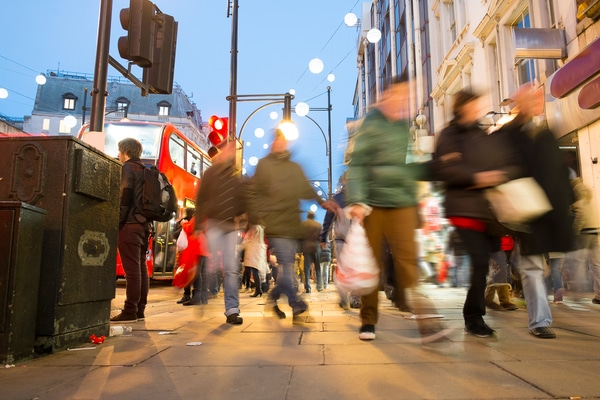 UK retail sales saw a one per cent like-for-like decline through March in a “disappointing end to the first quarter for retailers”.

New figures from the BRC-KPMG Retail Sales Monitor found that sales fell 0.2 per cent on a total basis in the five weeks from February 26, compared to flat growth a year prior.

“March proved a disappointing end to the first quarter for retailers, with like-for-like sales in the month down 1 per cent on last year,” KPMG head of retail Paul Martin said.

“Easter being later in the year is likely to have contributed to the bleaker picture, alongside the other obstacles facing the sector – especially increased input costs.”

Food sales saw a 0.2 per cent like-for-like decrease in the three months to March, but increased 1.2 per cent on a total basis, likely being driven by inflation.

“This marginal growth in food was bolstered by slightly higher shop prices following increases in global food commodity costs and a weaker pound.”

These figures mark the first time in four months that the three-month average for food sales has dipped below 1.2 per cent.

Meanwhile, non-food retail like-for-like sales fell by 1.1 per cent over the quarter, but increased by 0.8 per cent on a total basis. This marked the slowest growth since May 2011, pulling the 12-month average down to the lowest point since April 2012.

Online sales of non-food items grew by 7.4 per cent over the quarter, compared to an in-store sales drop of three per cent on a total basis.

Dickinson added: “The pressure on prices continues to build, albeit slowly, and will inevitably put a tighter squeeze on disposable income and so to ensure consumers continue to enjoy great quality, choice and value on goods, securing tariff free-trade must be the priority as the Brexit negotiations begin in earnest.”