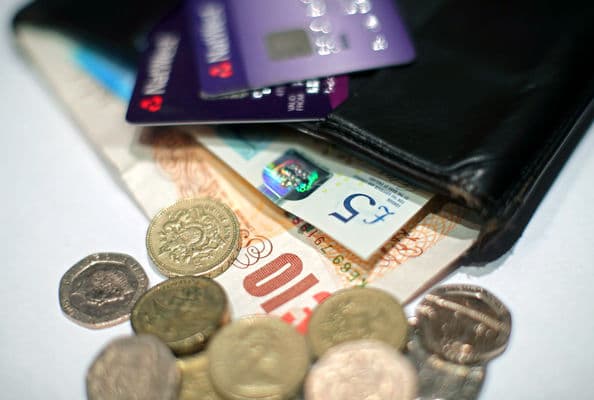 Inflation remained steady in March as rising food and clothing prices were balanced out a drop in the cost of flights and petrol.

The Office for National Statistics (ONS) said inflation stood at 2.3 per cent last month, the same as February’s reading and in line with economists’ expectations.

However, the cost of living is expected to rise in the coming months, putting pressure on the Bank of England’s Monetary Policy Committee (MPC) to raise interest rates beyond 0.25 per cent.

Nonetheless, the MPC urged caution over a rates hike, with weakened pound since the Brexit referendum already affecting consumers as companies pass down their rising costs.

The inflation rate for March was also the joint highest figure since September 2013, and above the Bank of England’s two per cent target for inflation.

ONS deputy national statistician Jonathan Athow said inflation remained steady in March because food, drink and clothing prices all went up, while air fares dropped slightly compared to last year due to the timing of Easter.

The biggest price rise came from food and non-alcoholic drinks, which reached its highest level for three years at 1.2 per cent for the 12 months to March.

On their own, food climbed 0.6 per cent between February and March, while clothing and footwear prices went up by two per cent over the period compared to a one per cent jump last year.

“Today’s release confirms our expectations that 2017 will see the end of the consumer spending boom which has driven economic growth in recent years,” she said.

“With the prices of essentials such as housing costs, food and transport on the rise, less money will be left over for discretionary spending.

“This is especially true given that wage growth is unlikely to keep up with the elevated inflation levels.”

In response to the inflation figures, a Treasury spokesman said: “We are building an economy that works for everyone and helping families with the cost of living by cutting income taxes for 31 million people, freezing fuel duty and increasing the National Living Wage to £7.50 per hour.”