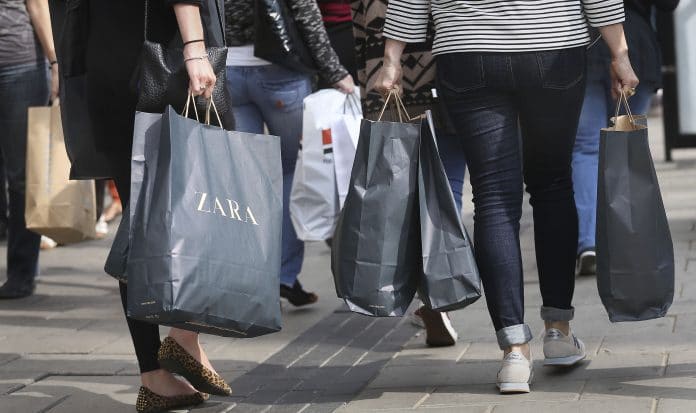 Consumer confidence steadied in July after a dramatic slowdown in the wake of the General Election put a squeeze on household spend.

According to the latest survey from YouGov and Centre for Economics and Business Research (Cebr), the consumer confidence index edged up to 107.3 in July, rising from 107.1 the month before.

While it has been four years since the index was last below 108 points for two consecutive months, YouGov/Cebr say anything above 100 indicates that customers were confident than unconfident.

The survey was compiled from 6000 interviews where respondents were asked about household finances, property prices, job security and business activity – both over the past 30 days and looking ahead to the next 12 months.

The latest statistics suggested that household finances had declined for fourth months in a row and reached their lowest level since December 2014.

However, respondents were feeling positive about outlook for their finances for the year ahead, and job security for the past month also improved.

Despite this, head of YouGov Stephen Harmston said the overall consumer confidence index was still “significantly lower” than before the Brexit referendum in June last year.

“Consumers have absorbed the turbulence of the past couple of months and things have settled down,” he said.

“It is notable, though, that consumer confidence remains below the level we saw before the election and is still significantly lower than before the EU referendum.

“As the slow puncture in household finances continues it is clear that people are feeling the effects of inflation in their day-to-day lives.”

The GfK’s index suggested that consumer confidence in the UK was its lowest level since immediately after the EU referendum.

Adding to the woes was the economy’s lacklustre start to the year, diminishing the chance of the Bank of England hiking interest rates in the coming months.

Meanwhile, the Office for National Statistics said gross domestic product (GDP) expanded by 0.3 per cent in its initial estimate for the second quarter, up from 0.2 per cent during the first three months of the year.

Households have also seen their spending power come under pressure from lacklustre wage growth and inflation.

However, Cebr belives there are tentative signs that the strain maybe easing on consumers.

“Last week’s relatively weak GDP figures point to the UK economy facing a tough test over the next year, and these figures suggest that while the shock of the election result may have been absorbed, a lot of uncertainty remains,” Cebr head of macroeconomics Nina Skero said.

“With the recent inflationary pressures, the decline in people’s household finances over the past month is to be expected.

“However, what could be as troubling for many consumers over the coming year is the cooling off of property market expectations over the next 12 months — if house prices fall once again then tricky economic conditions would get even more difficult.”