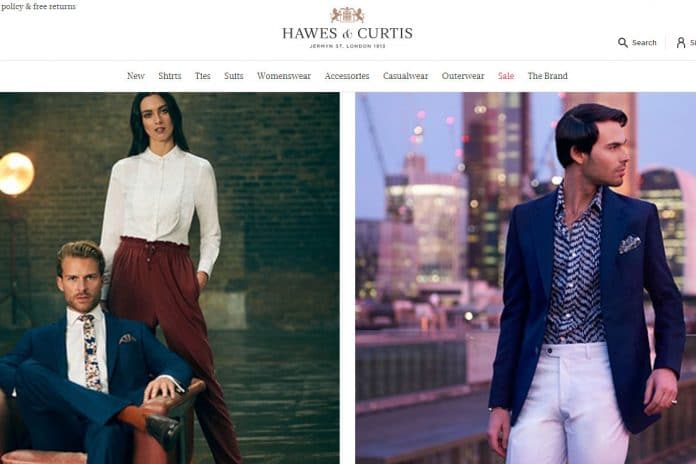 Heritage retailer Hawes & Curtis has unveiled a rebrand for the first time in its 104-year history.

The upmarket shirt maker launched its new brand identity as part of its “Timeless Style Since 1913” campaign for its new autumn/winter 2017 collection.

Hallmarks of the rebrand includes the way its logo has been updated with modern typography, and  a streamlined, redesigned website that takes inspiration from Hawes & Curtis’ original crest.

“The relaunch celebrates the rich heritage and bright future of Hawes & Curtis,” said chief executive Touker Suleyman, who is also a star on BBC’s Dragon’s Den.

“The new identity marks an exciting time for the brand.”

Hawes & Curtis has more than 20 stores in the UK, including a flagship store in London’s Jermyn Street, the traditional home of gentlemen’s outfitters.