Superdrug parent company AS Watson has reported declining profits in its first half results as currency fluctuations take their toll.

In the six months to June 30, the Hong Kong-based company saw profits drop by two per cent to HK$5.2 billion (£505.82 million), while revenues stayed flat at HK$73.6 billion (£7.15 billion), despite growing three per cent on a constant currency basis.

Its health and beauty arm, which includes retailers Superdrug and Savers, posted revenue growth of seven per cent.

Strong growth was also seen in its European operations, with like-for-like up 2.7 per cent boosted by “particularly strong operating performances” in the UK.

Elsewhere, sales in mainland China improved as it dropped 6.2 per cent compared to a 10.1 per cent decline a year earlier.

AS Watson also owns The Perfume Shop, and was one of the key contenders in the recent bidding race for The Body Shop.

The group reportedly plans to continue organic expansion internationally in the second half of the year. 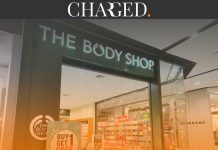