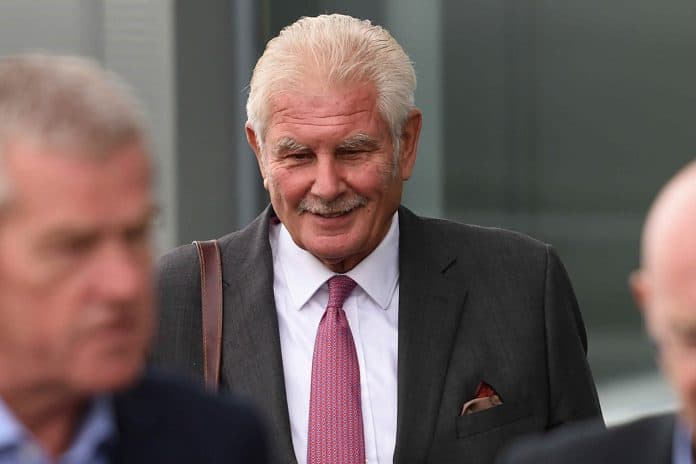 The embattled chairman of Sports Direct has survived a re-election vote after independent shareholders narrowly voted in favour of keeping him at today’s annual general meeting.

Keith Hellawell secured 53.2 per cent of independent shareholder votes in a ballot at the AGM, held at the retailer’s offices in Shirebrook, Nottinghamshire.

Earlier this year, Hellawell promised to step down if he did not receive the support of a majority of independent shareholders at today’s AGM, after presiding over various controversies from the sportswear chain over the past year.

Last year, Hellawell saw 54 per cent of independent shareholders vote against his re-appointment and was only saved by Mike Ashley, the Sports Direct founder who also owns a 61 per cent stake and whose backing meant he did not leave.

Among the chief concerns of some of the independent shareholders is Hellawell‘s inability to rein in Ashley – who did not attend today’s AGM due to a diary clash – who has seemingly been at the forefront of Sports Direct‘s controversies.

Sports Direct on track to become “the Selfridges of sport”: Mike Ashley

Institutional shareholders Royal London Asset Management, Standard Life Aberdeen, Hermes Investment, and Fidelity International – which represents nearly six per cent of the business –  had voiced their opposition to Hellawell ahead of today’s meeting.

Last year Ashley was grilled by MPs over “Victorian” working conditions at the retailer‘s Shirebrook warehouse, before the company hosted a controversial open day at its headquarters – which saw Ashley flash a wad of £50 notes at a mock security check as part of a demonstration that was supposed to quash criticisms of workers being underpaid.

Its chief executive Dave Forsey also quit, only to be replaced by Ashley himself, and the company has been investigated by the HMRC and Financial  Reporting Council.

Ashley has since admitted to paying some staff below the minimum wage and promised to make changes on the company‘s use of zero-hour contracts – but this week workers‘ union Unite accused Ashley of not implementing any changes and still advertised for roles which didn‘t guarantee any working hours.

At today’s AGM, Hellawell defended Sports Direct’s use of zero-hours contracts and told the meeting that there was no need for an independent review of its working practices.

He said “a huge proportion of workers are happy to retain the flexibility” of the current setup, which means most shopfloor staff do not know if they will get any work each week rather than being offered a guaranteed hours deal.

“Zero hours is still a legal form of employment in this country,” Hellawell told the AGM.

“I appreciate that a number of unions are against that but while it is still a legal form of employment we will choose if we wish to continue with that.”

Alex Balacki, the store manager who was elected to the board by workers employed Sports Direct – not warehouse staff who are hired via agencies – backed Hellawell’s comments.

“The vast majority of people are happy with the contracts and as long as that‘s the case it‘s working for people,” Balacki said.

He added that the zero-hours contracts meant Sports Direct would find it easier to employ people like single mothers and students.

Reports indicate that only a dozen or investors attended the AGM in person today, only to be greeted by an on-site protest over Sports Direct’s working practices and its continued use of zero-hours contracts for casual staff.

Today’s AGM results come after Sports Direct said in a trading update that its outlook remained positive, with earnings growth expected to be five per cent to 15 per cent ahead of last year.

The retailer added that the performance of its “new generation flagship stores” was exceeding expectations.

It also said it was on track to become “the Selfridges of sport” after it confirmed that the Sports Direct group now owns 100 per cent of premium fashion chain Flannels. 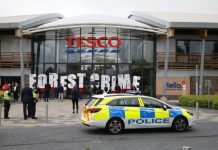