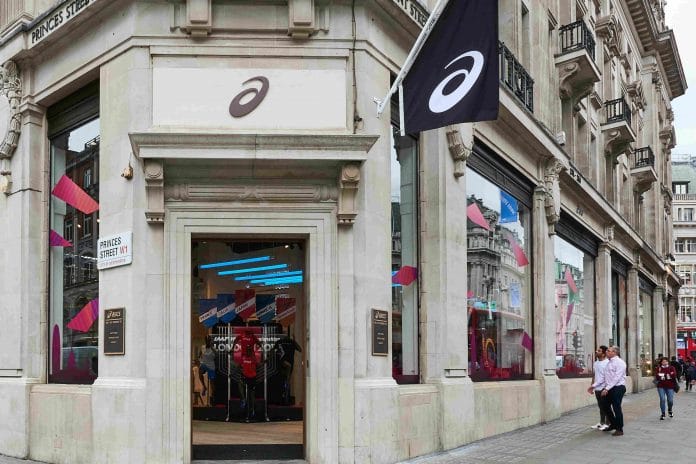 Asics has recorded a decline in its net sales across its European markets, but its retail division was a star performer as the sportswear giant continued to make strides in its transformation strategy.

For the first three quarters of its fiscal year so far, Asics’ consolidated net sales in its EMEA business declined by 6.6 per cent, but the brand said its transformation programme was beginning to bear fruit in its direct-to-consumer division – with Asics stores showing 15 per cent growth.

The Japanese brand said this figure was influenced by the roll out its new concept stores – of which its recently-opened flagship store on Regent Street, London was the first one – as well as a 44 per cent sales uplift from the launch of a new ecommerce platform.

Asics EMEA’s net sales were also boosted by significant growth in its “merging markets”, in particular Russia where business grew 33 per cent while the Middle East displayed positive growth since the opening of a dedicated subsidiary in 2016.

The company’s transformation has also seen a major overhaul of its leadership team behind its sales, wholesale, merchandising and marketing departments.

It expects its new EMEA business structure to be complete and fully operational by the first quarter of 2018.