A heritage fashion brand in which David Beckham owns a major stake has opened a brand new flagship store in Covent Garden, London.

“The intention was to suggest the heritage of the building as well as the brand, highlighting our influences and inspirations, without being in any way a pastiche,” Kearns said.

“We have created a space that feels traditional yet modern, luxurious yet grounded – it matches the product, which follows the same ethos.”

“Daniel and I have been searching for the perfect location for some time and believe we’ve found it on Floral Street.

“A long-time iconic London shopping destination, Floral street is at the heart of this great city, and we’re excited for Kent & Curwen to be at the forefront of it.”

Kent & Curwen has been around since 1926, and used to have a store in Saville Row.

The brand has become synonymous with dressing England’s cricketers, the rowing teams of Oxford and Cambridge and the military, and providing wardrobe for the Oscar-winning film Chariots of Fire.

Since Beckham bought a major stake in Kent & Curwen in 2015 with his company Seven Global, which he co-owns with Simon Fuller, and since then he hired Kearns and oversaw a revamp of the brand. 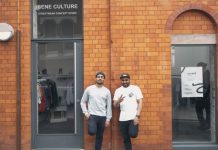 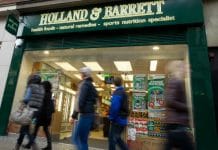 Chinese spend in the UK up 50%