According to the BDO High Street Sales Tracker, like-for-like sales fell to -5.2 per cent in October from 0.7 per cent, marking the sharpest decline on record.

Like-for-likes dropped every week of the month, with both Chinese Golden Week and Halloween failing to push figures into the black.

Retailers are facing a storm of conditions, including rising inflation and import costs, dropping consumer spend and footfall, and now rising borrowing costs after the Bank of England raised interest rates last week.

“As wage increases continue to be outstripped by higher inflation, and with the (now real) anticipation of higher mortgage payments, then it comes as little surprise that people are tightening their belts prior to the anticipated Christmas expenditure,” BDO said. 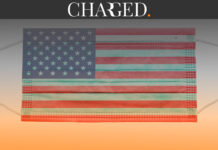