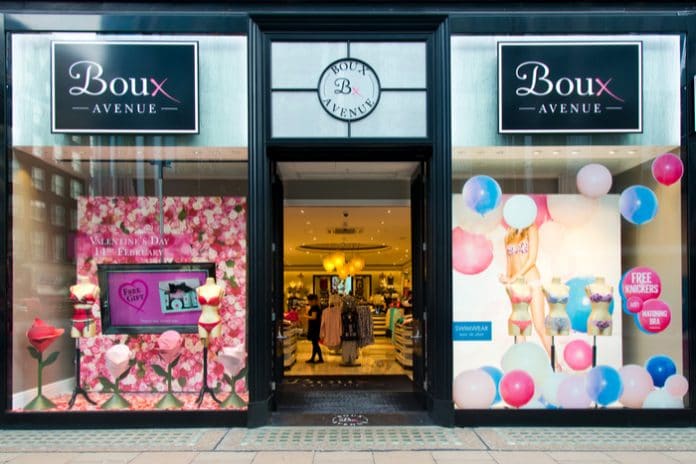 The Theo Paphitis Retail Group has reported a mixed bag of results across its brands during the Christmas trading period, as its eponymous chief executive concedes he has “never seen it so hard” in the sector.

In the six weeks to December 24, lingerie brand Boux Avenue and homeware retailer Robert Dyas both saw sales increase by 11.2 per cent to £49.4 million and 2.8 per cent to £123.4 million respectively.

Boux Avenue’s sixth full year of trading in the UK saw it grow its estate to a total of 29 stores, including a new property in Oxford’s Westgate Shopping Centre in October.

Despite the growth in sales, it endured a £2.2 per cent loss during the period.

Meanwhile, Robert Dyas pushed ahead of its stablemates, seeing underlying EBITDA increase from £1.5 million to £2.4 million thanks to investment in its online proposition.

“As anticipated and reported, the Christmas trading period as has been the case for most of this year, was ‘hard work’ for many retailers.” Paphitis said.

“It has now become clear that governmental thinking around changes to business legislation, policy and taxation of revenues especially in the UK, is lagging well behind the development of the retail sector globally, which is creating more uncertainty and risk for retailers and thus the economy.

“With very little interest shown by government in this key economic pillar, it really does feel like retail as we know it is creeping closer and closer towards the precipice.

“We continue to watch this space carefully but are not confident of improvements and see it as the biggest risk to our high street and physical shops.”