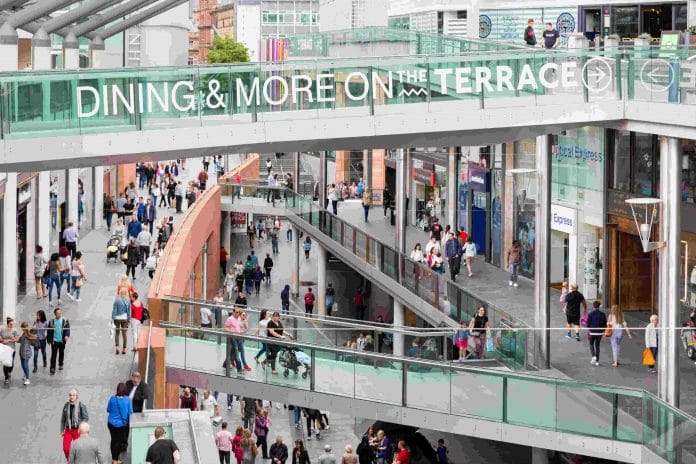 Consumers want to spend their money but inflation means their budget is being swallowed by essential purchases instead, a monthly retail sales report has found.

According to the British Retail Consortium (BRC) and KPMG’s Retail Sales Monitor, in-store sales of non-food items declined 2.4 per cent in total over the three months to February, and 3.3 per cent on a like-for-like basis.

When factoring the UK retail industry as a whole, non-food retail sales decreased 1.1 per cent on a like-for-like basis and 0.5 per cent on a total basis – which is below the 12-month total average decrease of zero per cent.

However, over the three months to February, food sales increased 2.8 per cent on a like-for-like basis and four per cent on a total basis.

This is in line with the 12-month total average growth of 3.9 per cent and the highest since October 2012.

BRC chief executive Helen Dickinson said the decline in non-essential spending indicated inflation was still eating into consumers’ budgets as they are forced to spend a greater share of their income on essentials with less leftover to buy discretionary – predominantly non-food – items.

At the same time, she said weak growth in household earnings was keeping overall sales low.

Meanwhile, overall retail sales in the UK increased by 0.6 per cent year-on-year on a like-for-like basis, compared with a 0.4 per cent decrease in February 2017.

Dickinson highlighted there was “little sign” that consumer confidence, rather than financial reality, had much to do with the current weakness in spending.

“The fact is that consumers want to spend, they just don’t have the resources to do so.

“With the upward pressure on prices from the fall in the pound now starting to subside we expect to see some loosening of the squeeze on spending on non-essentials, but it’s likely to come slowly. And so are anticipated increases in wage growth.

“Crucial for consumers and retailers over the coming months will be a successful outcome to trade negotiations, ensuring that amidst the current difficulties, they won’t be facing further increases in costs from new tariffs on the everyday goods we import from the EU.”

KPMG head of retail Paul Martin said any retailers experiencing growth in these testing times would be counting themselves lucky.

“Indeed, total growth of 1.6 per cent in February is quite an achievement in such testing times,” he said.

“Softening consumer demand, rising costs for retailers and of course the ongoing structural changes within the industry are creating the perfect storm which is uprooting the weakest players.

“On the high street, it was grocery sales that continued to pull it out of the bag.

“Meanwhile, Shrove Tuesday may have resulted in an uptick in cooking accessory sales, but performance in non-food in general was once again disappointing.”

He said retailers with a large presence of physical stores are particularly under pressure.

Martin added that while it was “not all doom and gloom”, the cost of “one of the coldest winters on record has yet to be factored in”.