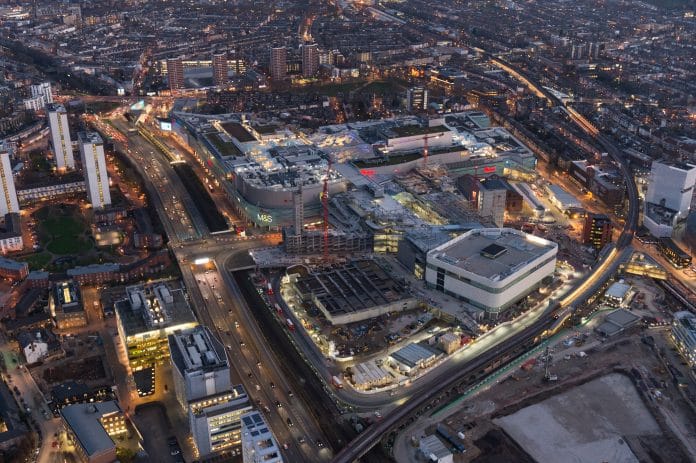 A decade ago this year, a lot was changing in the world. Barack Obama became the first black president of the USA, Cuban dictator Fidel Castro relinquished his power after 52 years, the Large Hadron Collider was launched in Cern, and Michael Phelps won a record eight gold medals at the Beijing Olympics.

The retail sector was also undergoing widespread transformation. The financial crash had driven retail sales down to the lowest levels in decades and one of the UK’s most recognised high street retailers, Woolworths, collapsed.

Among the chaos that engulfed the sector, a prominent Australian retail property company called Westfield opened the doors to its first site in White City, west London, changing the retail landscape in the city forever.

Ten years, a second shopping centre in Stratford and tens of billions in sales later, Westfield London is now preparing to unveil phase II, a £600 million 740,000sq ft expansion to the existing centre.

This is in part a birthday celebration, aiming to launch the final phase of the three-stage development on October 30, the anniversary of its original launch. It also a move which seeks to secure Westfield’s stake in the increasingly lucrative White City area, a region which Westfield has been central to building.

“Now you’re getting five-star Hotels. There are lots of other things happening that show the benefits of that investment and the support of the council.”

Westfield London’s reputation as a “high street of flagships” was a major pull for shoppers to the area. However, it was the 40 luxury retailers that opened side-by-side, the first time so many were in such close proximity in the UK, that really enticed shoppers away from the busy West End, Knightsbridge or Kensington High Street.

Though its high-end offering was key to raising the White City’s reputation, Westfield made significant efforts to drive practical physical evolution in the area. For a centre which reportedly receives 80 per cent of its footfall from means other than cars, this was essential.

“Key to the success of the shopping centre over its 10 years has been transport,” Bower added.

“You define an economic catchment with spend in it and then how do you get people to the shopping centre. That’s been our job with Transport for London.

This initial investment has paid off and now phase II is just one of a raft of projects in White City promising to elevate the area even further.

Aside from the affordable homes, Westfield is building in the area itself. Barclay St James have permission to build 1800 new homes on their main White City living site, with a view to building a further 500 on land recently purchased from Imperial College.

Across the road from the Westfield site is the BBC TV centre, currently in the midst of a £1 billion mixed-use construction project, while the local Imperial College has just applied for a 2.5 million sq ft mixed use additional campus. By 2030, the newly regenerated area is expected to have produced around 10,000 new jobs.

“We’ll have in the White City opportunity area about five to six thousand homes, it sounds a lot and London needs it,” Bower told Retail Gazette.

“Our catchment runs into the millions, it has to, and that’s why public transport is so essential.”

Phase II is more than just an opportunity for the group to anchor itself as the heart of the White City development, though. It also symbolises an evolution of Westfield, encapsulating the ambitious and continually developing ethos that has kept it at the forefront of retail in Australia.

This concept of “evolution not revolution” has been worked into the aesthetics of the new site, taking iconic features like Westfield’s curvy roof and updating and developing it.

Its tenant mix has followed a similar pattern, not only expanding and developing existing centre favourites like Boots, H&M and Lush, but bringing all new flagships to evolve its offering.

Departing from phase I’s emphasis on luxury brands, a 70,000sq ft Primark is due to open amid the second round of openings. According to Bower, Primark was the second most requested store by customers. The first, perhaps unsurprisingly, was John Lewis.

“John Lewis has for years and years been the most attractive retailer, since we opened in fact,” Bower said.

“Give the customer what they want, then give them more of what we think they want.”

However, what customers want the most is experience, and shopping centres have a unique opportunity to provide them.

Large sections of phase II have been developed directly for this purpose. Outside of the new 230,000sq ft John Lewis will sit a mini-amphitheater, surrounded by restaurants.

When it is launched in the summer it’ll be used as an events plateau, including a large screen. When it’s not being used for major events it’ll feature an artisan market, positioned to allow shoppers to walk straight under the station arches, through the market and down to the restaurants.

“The customer just wants to be excited and wants changing things and wants a place to be,” Bower said.

“Changing things” seem to be at the heart of Westfield’s phase II, whether it’s the changes brought about by the regeneration of White City thanks to phase I, or the ever-changing demands of the consumer which Westfield is stretching to meet.