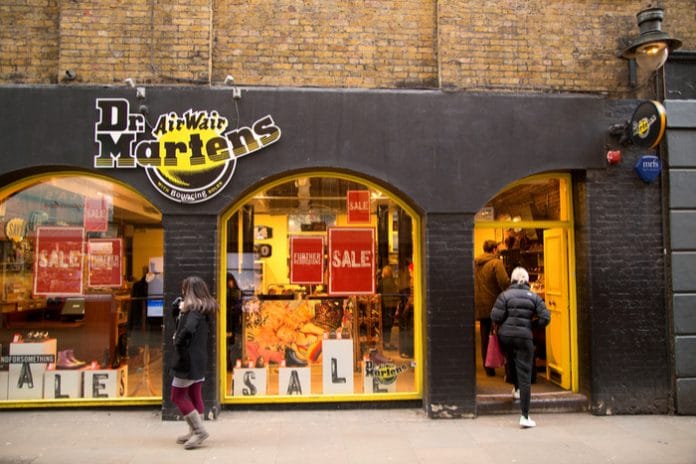 Dr Martens has poached Cath Kidston’s chief executive Kenny Wilson to be its new boss as it seeks to drive overseas expansion.

The iconic footwear brand formally announced Wilson’s appointment today, and a successor at Cath Kidston is expected to be announced soon.

He will succeed former Asda boss Paul Mason, who has been acting interim chief executive since Steve Murray resigned in October 2017.

“We are delighted to announce that following an extensive recruitment process we have appointed Kenny Wilson as our new CEO,” Dr. Martens chairman Paul Mason said.

“Kenny brings with him a wealth of experience of working for high profile, well-known, international brands and will be a fantastic leader for our already strong management team.

“I know that he will make a significant contribution to this great business and we are very excited to welcome him to the company.

“As we enter the next phase of Dr. Martens’ history, we are well placed to deliver on our strategic priorities and continue to achieve sustainable, global growth and Kenny is the right person to lead our business through this.”

During his seven-year tenure at Cath Kidston, Wilson more than doubled its annual sales to £130 million.

This was achieved through major expansion outside of the UK, increasing the number of international stores from just four to 220 since 2011, with more than a third of its total sales now generated overseas.

Wilson’s experience in this market will serve him well in his new role, as Dr Martens is also enjoying significant growth within the region, seeing sales in Japan double last year.

Cath Kidston spokesperson said: “We are excited that we have found a very talented candidate who is perfect for the needs of Cath Kidston. We will be announcing this soon”.