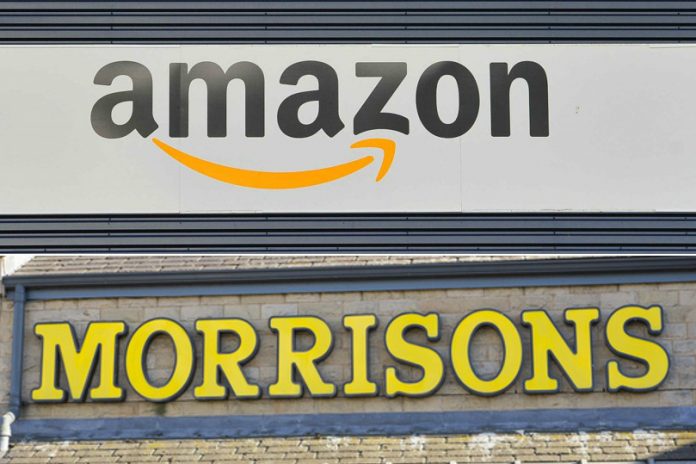 Amazon may buy the UK’s fourth largest grocer Morrisons in a move to challenge the new sector superpowers following the Asda-Sainsbury’s, Tesco-Booker mergers.

According to the Independent, analysts at TCC Global have suggested the online giant, which already has a supplier deal with Morrisons, may be encouraged to table a takeover bid in light of the recent consolidation.

“Looking ahead, a takeover bid from Amazon is not beyond the realms of possibility, as the e-commerce behemoth looks to grow its footprint in UK retail—something that became clear after rumours surfaced that it made moves to buy Waitrose in 2017,” TTC Globals Bryan Roberts said.

Amazon has made its intentions to enter the physical grocery market clear with its acquisition of Whole Foods last year, and Morrisons is now thought to be its most likely partner should it be considering a big move in UK.

This morning Morrisons posted a better than expected 3.6 per cent rise in like-for-like sales, boosting share prices and confidence in its financial health.

However, not all analysts believe a move is likely, or would in-fact be beneficial for Morrisons.

Analysts at Macquarie said: “We are not fully convinced that bigger is better in the case of Asda and Sainsbury’s and believe Morrisons has plenty of organic and potentially some inorganic opportunities to purse and create shareholder value.

Analysts at Shore Capital added: “Quite what Morrisons’ view is on this proposed merger and what it does or does not do to facilitate it or otherwise should stores require disposal remains to be seen.

“More substantively though, we believe that through the clearance process and thereafter Morrisons can and will remain focused, noting our perplexity on the cultural fit between Asda and Sainsbury.”