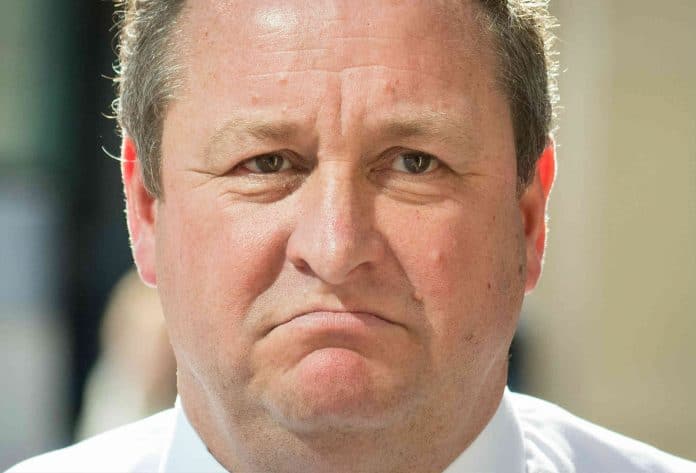 Legal action has forced embattled department store House of Fraser to hand Mike Ashley a copy of its business plan as it readies for creditors’ vote on the CVA.

It comes after Ashley, who has an 11 per cent stake in House of Fraser through Sports Direct, filed a court injunction earlier this year to demand a copy of the document.

He also alleged that he had been “frozen out” and denied access to a copy of document “repeatedly”.

According to Press Association, House of Fraser’s management has now bowed to presser and sent the document to Ashley.

There is speculation that the information could help Ashley – who holds stakes in a string of retailers including a 29.7 per cent share of Debenhams – make a swoop on House of Fraser.

Ashley would need to have a stake of at least 30 per cent before he would be required to launch a takeover bid of House of Fraser.

However, the business plan document he was reportedly handed was dated towards the end of 2017, before House of Fraser announced a sweeping store closure scheme and fresh investment as part of its CVA.

The news comes after Sports Direct filed an impairment of £11 million on Companies House over the weekend based on recoverability, understood to represent the entire value of its holding in House of Fraser.

Landlords are reportedly also considering legal action against House of Fraser, with 12 currently engaging with law firm Bryan Cave Leighton Paisner about a possible block of the CVA.

A group of House of Fraser’s landlords, including Westfield, have also asked for access to the same document, but were knocked back on the basis that it contained commercially sensitive information permitted only for shareholders.

The conglomerate of landlords, advised by restructuring experts Begbies Traynor, first approached House of Fraser’s advisers KPMG at the end of May, and met with them last week.

However, landlords were informed House of Fraser was restricted from sharing its financial information because it had publicly listed bonds.

The landlords are also seeking advice from Bryan Cave Leighton Paisner about the possibility of disputing House of Fraser’s CVA.

The CVA, details of which were unveiled last week, proposes the closure of 31 out of 59 House of Fraser stores, affecting around 6000 jobs.

At least 75 per cent of creditor approval is needed for House of Fraser’s CVA to proceed, with the vote set to take place on June 22.

Landlords are among the creditors that will have the opportunity to vote, but reportedly are considering whether to challenge how their vote share is calculated.

If they were to secure an emergency hearing on the CVA, it would need to make a filing in court this week.

However, House of Fraser sources have said that the voting shares have not been calculated, and are only tallied up on the day of the vote itself, making it impossible for the landlords to put forward such a challenge.

House of Fraser needs its CVA proposals to be approved by creditors in order to receive the £70 million injection it needs from Hamleys parent company C.banner.

C.Banner is buying a 51% stake in House of Fraser, and also intends to subscribe for new shares in the business to inject new cash.

Once approved, C.banner would also acquire a 51 per cent stake in the department store.

House of Fraser chief executive Alex Williamson has previously warned that House of Fraser would face collapse if its CVA proposals were to rejected.