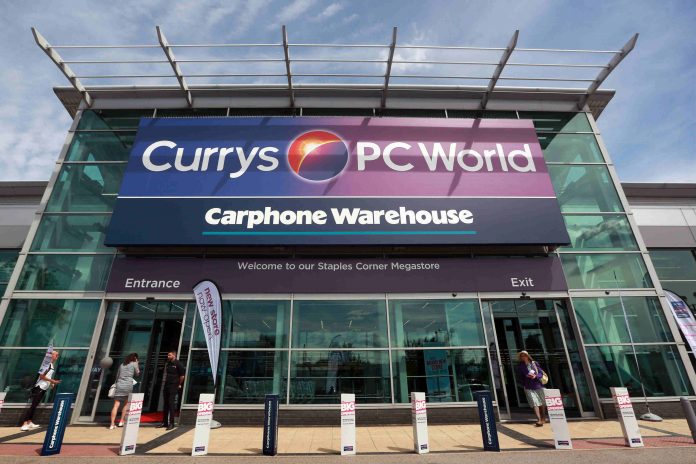 Dixons Carphone is expected to report a huge drop in profits amid its full year profits next week as the fallout from its data breach continues.

City analysts have predicted the electricals retailer will post a 23 per cent drop in pre-tax profits to £382 million, following a profit warning in May which battered its share prices.

Earlier this week the retailer revealed it had fallen victim to a major data breach, which saw 5.8 million customers card details leaked, 105,000 of which are not chip and pin protected.

A further 1.2 million customers personal data was jeopardised in the breach, which is now being investigated by an arm of the GCHQ.

This has piled further pressure on chief executive Alex Baldock, who replaced Seb James in January this year and has had to mitigate falling sales in its mobile phone.

“Turning this around while under pressure from Amazon et al will be a challenge.

“However, new chief executive Alex Baldock is a man with a plan.

“He’s already committed to spending an extra £30 million on improving the in-store experience for customers, and he’ll be setting out the rest of his plans for turning the group’s fortunes around next week.”