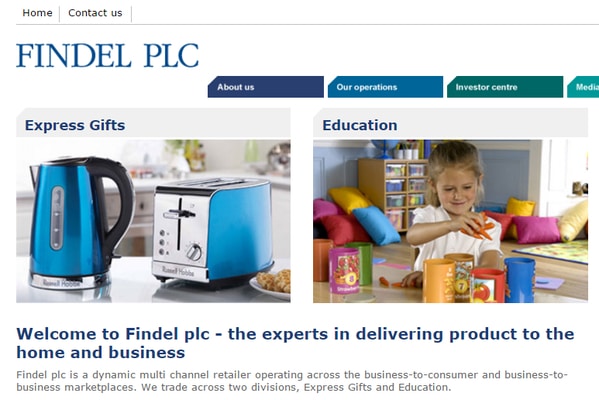 Findel has reported growth in half-year revenue and profit, thanks to a boost from its online retail business Studio.

The firm, which specialises in home shopping, recorded pre-tax profits of £17.1 million for the 26-week period ending September 28.

This is more than double the £7.5 million reported in the same period a year ago.

Findel’s largest business Express Gifts – which trades online via the Studio and Ace fascias – had an active customer base of 1.9 million at the end of half-year.

The company said this was up from the 1.8 million recorded at the start of the period.

Looking forward, Findel said product sales in the 10 weeks of the current half of its fiscal year were up 12 per cent year-on-year, including record trading levels in the three weeks to Black Friday.

“This has been a period of continued progress and profit growth, driven by Studio’s hugely attractive customer proposition as a digital first, value retailer,” chief executive Phil Maudsley said.

He added: “We have been pleased with the start to the second half, buoyed by a record-breaking Black Friday period, and we are well placed as we head into Christmas. Our expectations for the full year remain unchanged.”