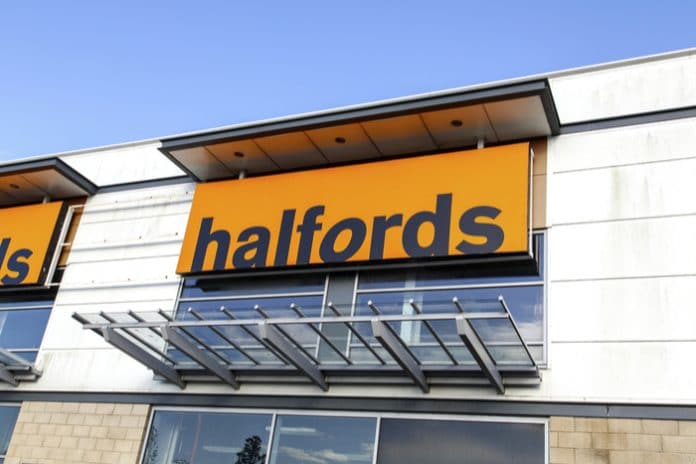 Halfords has said it continues to expect broadly flat full year profits after it dropped by almost a fifth in its half-year report.

The bicycle and car maintenance retailer has also become the latest to warn over consumer confidence as the crucial Christmas trading period looms.

The firm reported a 23 per cent fall in half-year pre-tax profits to £28.2 million, although on an underlying basis, pre-tax profit went down to £30.5 million in the six months to September 28 compared to £36.8 million a year ago.

Meanwhile, like-for-like retail sales rose 2.3 per cent, with its autocentres arm enjoying an uptick of 3.3 per cent.

Halfords said shoppers were holding back on spending on discretionary items, which was hurting bike sales in particular.

Bike sales rose one per cent, but it may have been worse had the summer heatwave not offset a difficult start to the year.

The retailer added that it still expected full-year profits to remain “broadly” flat as it predicts a pick-up in earnings over the final six months.

“Despite the challenging UK consumer environment, we delivered a robust sales and cash-flow performance in the first half, with costs and profit broadly in line with our expectations,” Halfords’ recently-appointed chief executive Graham Stapleton said.

The retailer added: “Whilst we remain confident in the long-term growth prospects for the cycling market, we expect the short-term conditions to remain challenging given that cycling is a discretionary category and not immune to consumer uncertainty.”

In September, Stapleton unveiled plans to invest in a “differentiated, super-specialist shopping experience” which would cost £60 million per year to achieve.

The strategy includes accelerating a store refurbishment programme, increasing services, and better use of data.

Today, he said Halfords was “making good early progress as we implement our new strategy, and we are encouraged by the initial signs”.

As a result, it was not expecting to see a return to profit growth until 2020/21 as it powers on with the turnaround strategy.