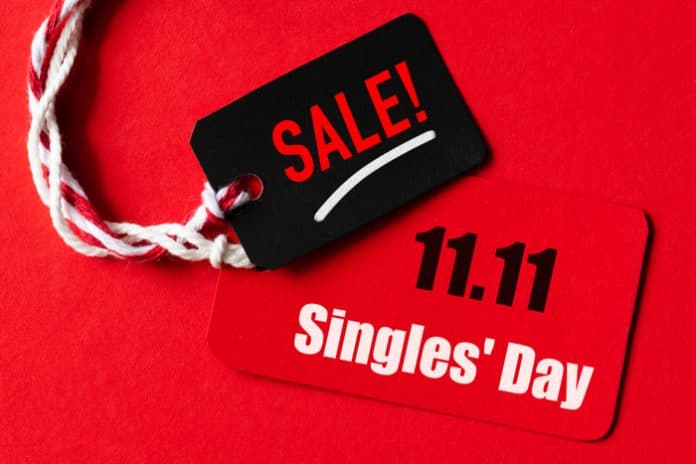 Alibaba has raked in a record 213.5 billion yuan (£23.81 billion) in sales during its 24-hour online event Singles’ Day, although the annual growth rate for the sales event dropped to its slowest rate in 10 years.

While the Chinese retail giant said the gross merchandise volume (GMV) it recorded on Sunday was an increase of 27 per cent year-on-year, this was mild compared to the 39 per cent growth in GMV from the 2017 event.

However, more brands than ever before and a record number of consumers from outside China took part in the 2018 instalment, and Alibaba said that within 16 hours after sales kicked off at midnight, it surpassed last year’s full-day GMV record of 168 billion yuan (£18.76 billion).

“Participation from the entire Alibaba ecosystem enabled our brand and merchant partners to engage with consumers like never before.

“Looking ahead, Alibaba will continue to lead the evolution towards the future digital economy and lifestyle.”

Alibaba said more than 180,000 brands participated in Singles’ Day, compared to 140,000 last year, and transactions were made in 230 countries and regions.

Aside from China, Alibaba said the top countries that its brands sold to were Japan, the US, South Korea, Australia and Germany.

It was originally a novelty student holiday to celebrate being single, but has since grown into a month-long online shopping festival that peaks with a 24-hour sale on November 11.

The online retailer raked in a record 159.8 billion yuan (£17.83 billion) for the duration of its shopping festival between November 1-11.