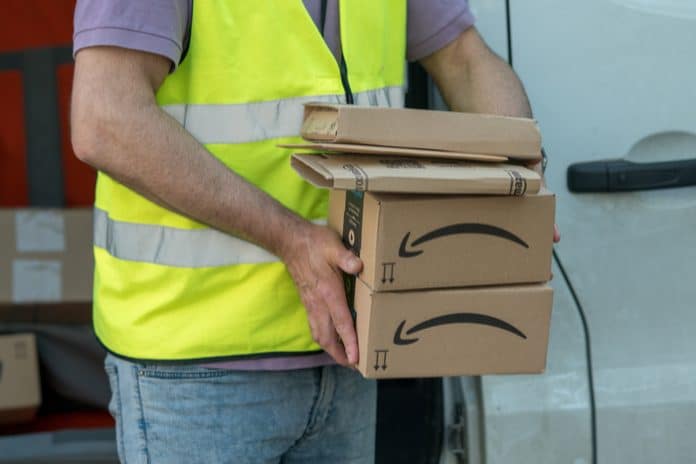 Amazon has introduced a “robotic tech vest” to over 25 of its sites in a bid to improve the safety of its employees by alerting robots to their whereabouts.

According to Tech Crunch, the tech vests, which attach to warehouse workers’ electronic utility belts, use sensors to ensure they are detected by Amazon’s robots and automated systems to avoid any collisions.

The device is designed to aid workers who need to enter the warehouse space to fix a robot or retrieve a fallen item, and works in tandem with the robot’s pre-existing obstacle avoidance systems.

“Amazon for Teens” launches for minors to shop online

“In the past, associates would mark out the grid of cells where they would be working in order to enable the robotic traffic planner to smartly route around that region,” Amazon Robotics vice president Brad Porter told Tech Crunch.

“What the vest allows the robots to do is detect the human from farther away and smartly update its travel plan to steer clear without the need for the associate to explicitly mark out those zones.”

According to the Occupational Safety and Health Administration studies show that collisions and accidents involving robots happen mostly during non-routine conditions where a worker is temporarily inside the robots “working envelop”.

The vests have already been involved in “more than one million unique activations” over the past year, and Porter said tests have been a “huge success”.

This follows a report from the US National Council for Occupational Safety and Health last April, which claimed that Amazon was one of the most dangerous places to work in the country.

The report found that seven employees had been killed in Amazon warehouses since 2013.

In December, the Washington Post reported that dozens of Amazon workers were injured after an automated machine collided with a can of bear repellent.