// This follows news that Amazon, Microsoft, Google and Verizon are working on similar technologies

Apple has become the latest tech giant to announced plans to release a game streaming service, potentially having a profound affect on physical gaming sales.

According to Cheddar, Apple began talks with game developers surrounding a game streaming service in development in the last half of 2018.

Like Netflix, the service will allow customers to pay a subscription fee and then play games remotely without the need for a console, physical game or digital game download.

It has also reportedly approached game developers to discuss partnering with them and acting as a publisher, pointing to plans for Apple to take on distribution and marketing responsibilities for some titles.

The service is still reportedly in the very early stages of development and the retailer could yet choose to abandon it.

This follows news that other retail and technology giants including Amazon, Microsoft, Google and Verizon are all working on similar technology.

Just as streaming services like Spotify and Netflix have decimated physical sales of CDs and DVDs, cloud gaming promises to pose a major challenge to gaming retailers.

According to the latest figures from the Entertainment Retailers Association (ERA), the rise of digital services like Amazon, Steam, Spotify, Apple and Google mean that digital revenues now account for 76.1 per cent of total entertainment retail sales in the UK.

This was mirrored by a sharp decline in physical entertainment sales, especially over the crucial Christmas trading period, a key factor in the demise of HMV which called in administrators for the second time in six years in December. 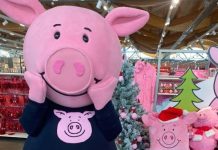