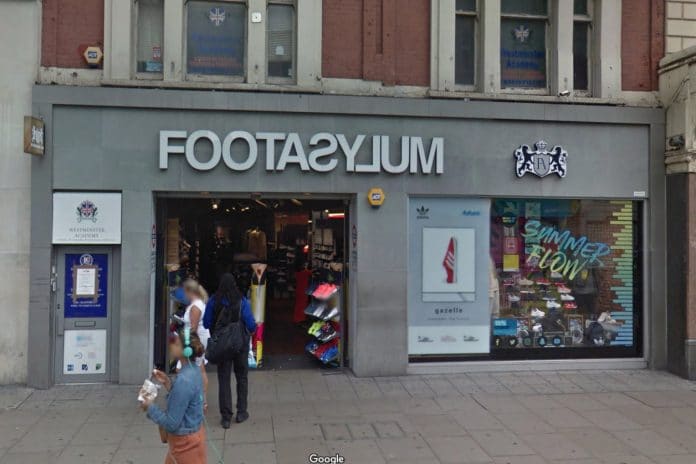 JD Sports has bought an 8.3 per cent stake in rival Footasylum, prompting shares in the latter to surge by almost 75 per cent.

JD Sports said the stake buy out was for “investment purposes”.

It added that it was prepared to buy 29.9 per cent of Footasylum’s shares, which is just under the takeover threshold.

JD Sports insisted that it did not intend on making a former offer to Footasylum.

Meanwhile, investors drove shares in Footasylum, which is listed on the secondary market of the London Stock Exchange, by almost 75 per cent to 50p.

“This share purchase is a strategic investment for the group, which has confirmed today that it is not intending to make an offer for Footasylum,” a JD Sports spokesman said.

“By publicly disclosing this, and as set out in today’s regulatory announcement, the City Code on takeovers and mergers precludes JD Sports from making any such offer unless specific circumstances change.”

Last month, Footasylum revealed the pressure on full year earnings which led to its shares plummeting and a profit warning.

The retailer also said profit margins suffered due to heavy discounting over the Christmas period, as well as warning that Brexit uncertainty and consumer confidence was resulting in “some of the most difficult trading conditions seen in recent years”.