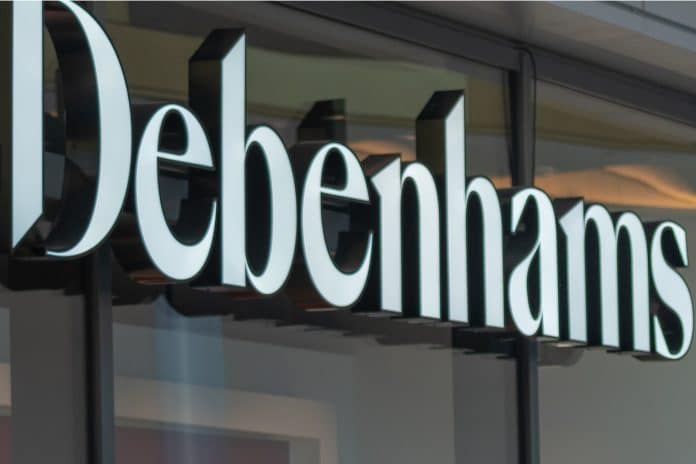 // Comes a day after Sports Direct said it was mulling a £61.4m takeover offer

Debenhams has been given the go-ahead to undergo a £200 million refinancing scheme, which would lead to a likely wipeout of existing shareholders – including Mike Ashley’s Sports Direct.

In an announcement this morning, the beleaguered department store chain said it had received approval from the majority of its bondholders to make amendments to loan notes due in 2021.

The latest development means Debenhams can now embark on a wider restructuring scheme with the goal of securing its future.

Debenhams is expected to explore a debt-for-equity swap and a pre-pack administration as part of its restructure, although the latter was the most likely option as it does not require shareholder approval.

However, both options could lead to a complete wipe out of existing shareholders such as Ashley, who controls the biggest stake in Debenhams at 29.7 per cent through Sports Direct.

Ashley has also been grabbing headlines in recent weeks in attempts to seize control of the department store retailer.

A CVA to accelerate store closures and rent reductions could also be explored or announced at a later stage.

Nonetheless, the latest news is likely to attract the ire of Ashley, who said on Wednesday that Sports Direct was mulling a potential £61.4 million offer for Debenhams which would bring the remaining shares he does not own under his control.

He would pay 5p per share, or £43 million, adding it would also assist Debenhams in addressing its immediate funding requirements.

Sports Direct also wanted Debenhams to terminate the noteholder consent solicitation process which was first announced last Friday, referring to plans to seek permission from the bondholders for a £200 million cash injection and refinancing scheme.

Debenhams has so far resisted overtures from the billionaire.

Shortly after the department store revealed it had gained approval from bondholders for the refinancing and restructuring scheme, it announced plans to relocate its head office.

As part of its continuing restructuring programme, Debenhams agreed with British Land to surrender the lease – which had been due to run to 2038 – on its London support centre, at Regent’s Place in November.

Debenhams said it would then return its central functions to the upper floors of its London flagship in Oxford Street.

The Oxford Street store, where the head office was situated until 2013, has a lease which runs until 2039.

This move is part of Debenhams’ cost reduction drive, which is on track to deliver annualised savings of around £80 million by 2020.