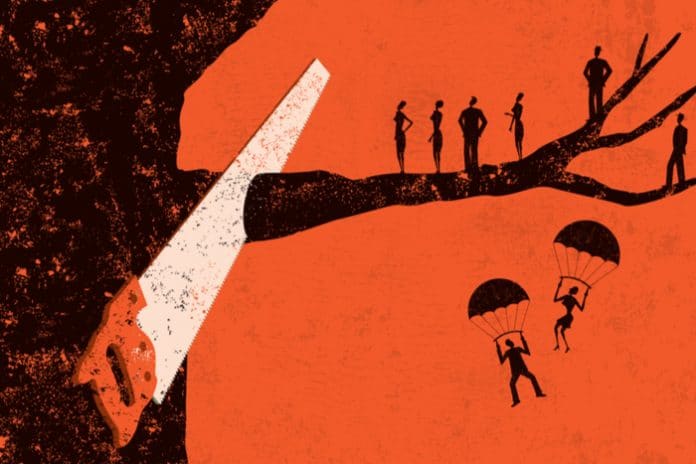 New data has shown that almost 75,000 retail jobs since the first quarter of last year as a result of structural change triggered by the advent of online sales and other technologies.

According to the BRC’s Retail Employment Monitor, the total number of retail employees dropped 2.4 per cent year-on-year in the first three months of 2019.

This would be equivalent to losing 74,400 people across the retail industry.

However, this is in stark contrast with the UK economy as a whole which sees employment at the highest levels since ONS records began.

During the first three months of this year, the BRC found that total hours were down 2.7 per cent year-on-year, similar to the reduction of 2.8 per cent in the final quarter of 2018.

The majority of retailers who participated in the survey had reduced labour requirements compared to last year, with some increasing stores and also hours and employment.

Meanwhile, store growth was steady at 2.3 per cent during the first quarter, the same rate of change in the final quarter of 2018.

The BRC’s positive store growth was in contrast to ONS figures that showed the number of local units was in decline in the UK due to the expansion of smaller format stores.

Seventeen per cent of retailers indicated plans to reduce staff in the coming quarter, above the comparable figure of 13 per cent last year, while 67 per cent will seek to keep their staff numbers unchanged – down from 75 per cent last year.

“While the number of stores rose, this was mainly driven by an increase in small format stores, with many larger stores closing – resulting in a net job loss,” BRC chief executive Helen Dickinson said.

“And more jobs are likely to disappear unless there is a shift in government policies.

“Retail is undergoing a period of unprecedented change in response to new technologies and changing consumer behaviour.

“The investment required to successfully navigate this transformation is being held back by the rising cost of public policy.

“Over three million people rely directly on the retail sector for jobs, with many more working throughout the supply chain.

“Yet spiralling business costs pose a grave threat to these jobs – as recent administrations, CVAs, and store closures show.”