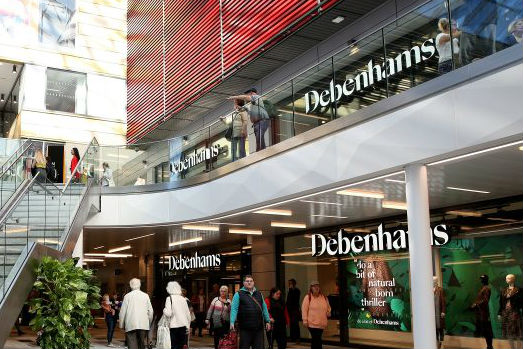 // Moody’s has downgraded Debenhams for the second time this year

Moody’s has downgraded Debenhams for the second time this year, almost a week after it secured a £200m refinancing deal.

The influential credit rating agency made the downgrade on the basis that an imminent restructure as a result of the refinancing would lead to losses for the department store’s financial creditors.

Moody’s downgraded the corporate family rating of Debenhams to Ca from Caa1 and its probability of default rating to Ca-PD from Caa1-PD.

At the same time, Moody’s downgraded the rating on the £200 million 2021 senior notes issued by the company to Ca from Caa1.

Moody’s added that the outlook for the heritage retailer remained negative.

“Revenue and profitability continue to fall, and plans to shrink rental costs won’t be enough to repair the retailer’s capital structure, with a debt to equity swap now a likely element of any solution.”

Debenhams was last met with a credit ratings downgrade in January in the wake of its lacklustre Christmas trading update.

It also endured a few downgrades late last year amid its full-year trading update, where it revealed a statutory loss of £491.5 million – the biggest loss in the retailer’s 240-year history.

Debenhams said the new £200 million refinancing “would provide liquidity headroom” in new loans from existing lenders and “deliver stability for its customers, staff, suppliers and pension-holders”.

The completion of the deal on March 29 came as Debenhams fought off several attempts by Mike Ashley’s Sports Direct – its largest shareholder – to seize control.

The department store said the first facility of £101 million would be drawn down immediately as it moves to the next stage of its restructuring, which includes reducing rents and closing stores.

Debenhams had already announced plans in its full-year results to close around 50 stores over the next three to five years, and implementing this was linked to the £200 million refinancing.

However, no stores are expected to shut down before Christmas, and Debenhams would only undergo this process through negotiations with landlords or a possible CVA.

Meanwhile, Debenhams gave Sports Direct and any other shareholder with a stake of more than 25 per cent until April 8 to either make a firm takeover offer which includes arrangements to refinance the company’s debt, or commit to either providing funding or underwriting the issue of new shares.

If nothing is agreed by the deadline, Debenhams will only be able to access the remaining £99 million facility “upon transfer of those subsidiaries into the ownership of a lender-approved entity”.