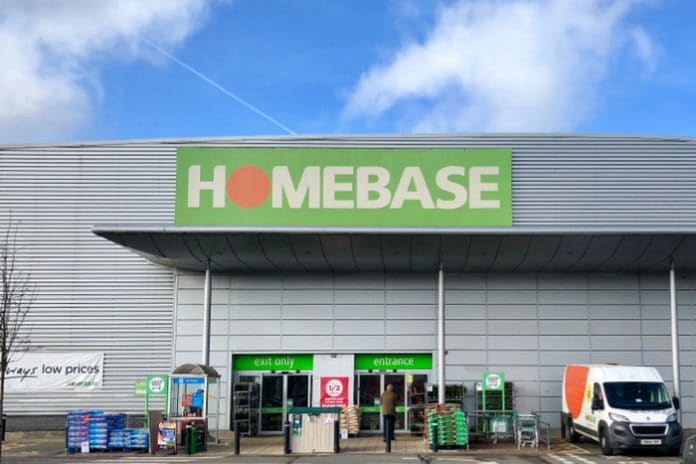 Homebase has managed to narrow its half-year losses by more than £100 million as a turnaround scheme under new owners starts to bear fruit.

The DIY retailer was purchased by Hilco Capital in June for just £1 after a disastrous attempt by Australian retail conglomerate Wesfarmers to use it as a springboard into the UK market.

In August Homebase’s board approved a CVA, which featured store closures, rent reductions and job cuts, as part of Hilco’s plan to return the retailer to profitability within three years.

Homebase today said its turnaround was on track and the retailer had made significant progress, with operating losses for the half-year ending December 30 coming in at £39.1 million.

This equated to a 79.1 per cent improvement on the half-year operating losses for the same period in 2017, when it was recorded at £187.3 million.

As part of its CVA, Homebase shut down 47 loss-making stores and reduce rent for a further 70.

Costs were also reduced through a restructure at its head office, where jobs were cut by 38 per cent, in addition to the thousands of jobs that were lost through the store closures.

Moreover, Homebase shut down two of its six distribution centres and secured a £95 million lending facility from Wells Fargo.

The retailer said that during the half-year period, it reintroduced popular ranges such as furniture, brought back in-store concessions and began rebuilding its digital offer.

Homebase added that positive momentum from the changes has continued into the current year and the retailer was now well placed for the key spring and summer trading period.

“The benefits of the changes we have made are starting to come through and I am extremely grateful for the loyalty, energy and support we have received from our team members and suppliers,” Homebase chief executive Damian McGloughlin said.

“Clearly, we are only 10 months into a three-year turnaround plan.

“Homebase remains one of the most recognisable retailers in the UK and Ireland, and the progress we have made in reinvigorating our customer experience means we are very optimistic about the future.”

When Wesfarmers purchased Homebase in 2016, it began to convert stores to its Bunnings fascia, which are hugely successful in Australia.

However, the it resulted in a loss on the disposal of between £200 million to £230 million and forced Wesfarmers to jump ship and sell its failed UK business to Hilco for £1.