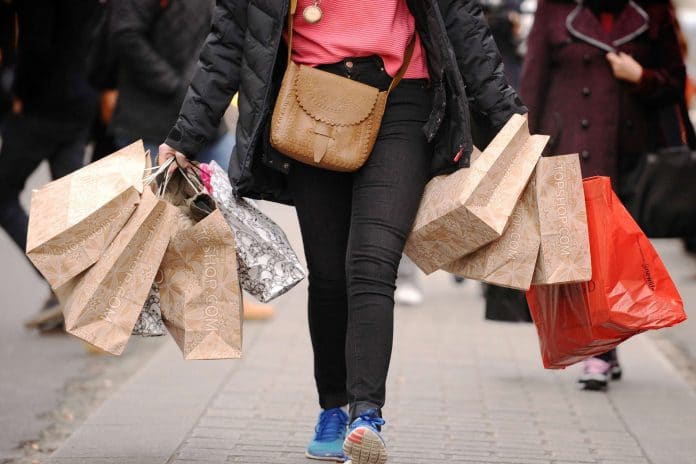 UK retail sales came in “below expectations” in April as late Easter timing distorted figures against a backdrop of persistent consumer caution.

According to the latest monthly Retail Sales Monitor from the BRC and KPMG, total retail sales increased by 4.1 per cent year-on-year in April, compared to a 3.1 per cent decrease the same period last year.

Last month’s growth was also above both the three-month and 12-month average rises of 1.2 per cent and 1.4 per cent respectively.

However, the BRC said the figures were distorted by Easter falling in April rather compared to last year when it fell in March.

The two-year average growth – which the BRC suggested was a more accurate reflection of the sector as it corrects for the Easter distortion – was 0.4 per cent per annum, a slowdown from March’s equivalent of 0.9 per cent.

“Retail sales were below expectation this month as the sunshine over the Easter weekend persuaded many to pursue recreational, rather than retail, activities,” BRC chief executive Helen Dickinson said.

“Department stores, as well as clothing and footwear shops, were harder hit by the warmer weather, while food-to-go fared much better from it.”

In April, UK retail sales increased by 3.7 per cent on a like-for-like basis from the same period last year when they had decreased 4.2 per cent from the preceding year.

The two-year average like-for-like change was a decline of 0.3 per cent per annum, a slowdown from March’s 0.1 per cent and February’s 0.3 per cent.

Over the three months to April, in-store sales of non-food items declined 1.7 per cent on a total basis, with an even steeper 1.8 per cent fall on a like-for-like basis.

Despite this, this was in line with the 12-month total average decline of 1.8 per cent.

Total non-food retail sales in the UK fell 0.2 per cent in the quarter on a like-for-like basis, and dipped 0.1 per cent on a total basis.

This is below the 12-month total average increase of 0.2 per cent and marks the first time the long-term non-food trend turned positive since October 2017.

Meanwhile, food sales increased 1.7 per cent on a like-for-like basis and 2.8 per cent on a total basis for the same three-month period.

This is below the 12-month total average growth of three per cent.

Online sales of non-food products grew 4.3 per cent in the month of April, down from a 6.7 per cent growth in the same month a year ago, while online penetration rate rose to 29.7 per cent from 28 per cent a year ago.

KPMG head of retail Paul Martin said retailers reaped the rewards of Easter and more favourable weather in April, but warned of remaining mindful of the distortion in the holiday’s timing.

“Looking at sub-categories, food retailers were clear winners as families came together for festive feasts and even braved their first picnic or barbecue of the year,” he said.

“The long weekend also helped children’s toys and furniture sales, as parents looked to keep youngsters entertained as they returned to home and garden improvements.

“April may have eased the strain on retailers somewhat, but we can’t overlook the fact that the new tax year also presents retailers with additional costs ranging from increased minimum wages to additional pension contributions.

“The task of balancing sales and a profitable margin remains crucial, especially given the widespread promotional activity currently.”