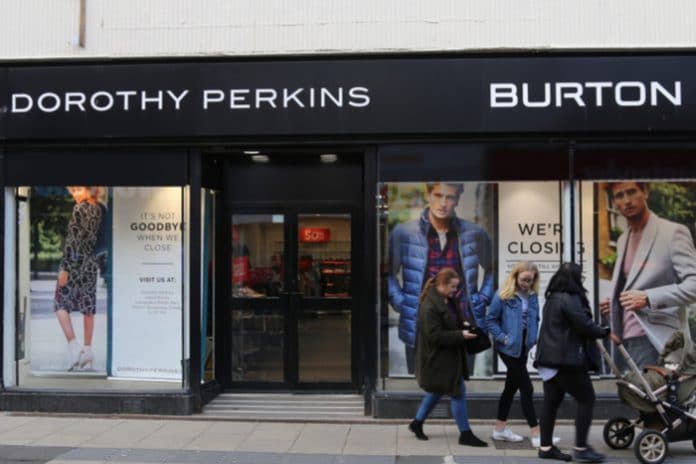 // Speculation that it could launch a CVA within days intensifies

The financial state of Arcadia Group has been laid bare in documents sent to landlords, reigniting speculation that a CVA could be launched imminently.

According to The Sunday Times, Sir Philip Green’s retail empire sent a CVA proposal to landlords last week, along with details on its declining total and like-for-like sales last year.

The CVA proposal reportedly includes plans to close down 57 stores, slash rents across the rest of the group’s store estate by an average of 30 per cent, and sell off its international businesses, most of which are loss-making.

The documents also reportedly revealed that Arcadia’s like-for-like sales plunged by 7.5 per cent in the year to August 2018, while total sales slumped 10.5 per cent to £1.7 billion.

The majority of Arcadia’s financial downfall reportedly stems from its flagship fashion retailer Topshop, which saw like-for-like sales plummet by 20 per cent in the lead-up to Christmas.

The removal of credit insurance to suppliers has also had an adverse impact on Arcadia’s finances, as it prompted many to demand payment for goods upfront.

The news comes after Green lost his billionaire status due to a £565 million pension debt that plagues Arcadia, which has also been valued as “worthless” in this year’s Sunday Times Rich List.

Green and his wife’s stake Arcadia was last year valued at £750 million, but compilers for the rich list removed £300 million from their worth to allow the shoring up of the deficit.

Before the rich list came out last week, Arcadia proposed to halve the annual contributions it makes to its pensions scheme, from the £50 million down to £25 million.

The Pensions Regulator had reportedly “pushed back hard” on this proposal, due to how Green handled the BHS pension deficit scandal in 2017 – when he was forced to plug up to £363 million into the scheme of thousands of former employees.

In response, Green reportedly offered to give the pension funds security over Topshop Oxford Street, which has a lease that is said to be worth as much as £600 million – although this value could be reduced given the property is heavily mortgaged.

Green also made a pledge to invest £100 million into Arcadia, should the CVA be approved.

Landlords have also already been offered an equity stake in Arcadia – with varying reports suggesting between 10 per cent to 20 per cent – in return for endorsing the CVA.

However, some landlords reportedly want a larger stake.

Arcadia has also been guaranteed support from HSBC for bank security over deposits worth millions.

The firm has 571 stores and 388 concessions in its UK portfolio, and 1170 shops in 36 countries globally, many of which are department store concessions or franchises.