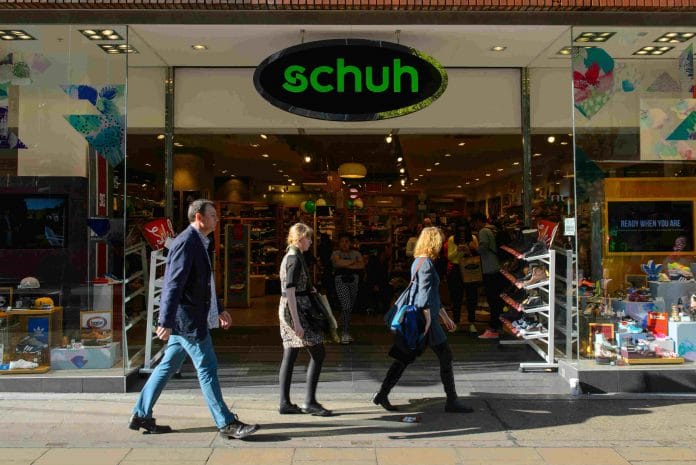 // Shoe retailer wants to focus on the UK and Irish markets

// “Trading headwinds” and the impact of Brexit cited as reasons for closure.

Schuh has unveiled plans to exit Germany next month in order to focus on its British and Irish markets.

The footwear retailer said it intends to close down all three of its German stores by June 22, although it continue to trade online with a dedicated German website.

Schuh cited “trading headwinds” and the impact of Brexit as the reason for closure.

It added that the markets have “changed considerably in a constantly evolving retail landscape”.

Germany was Schuh’s first European market when it expanded outside the UK and Ireland, having opened its first store in 2015.

“Since opening, the stores have received exceptional feedback and, despite the trading headwinds, I am so proud of the achievement of having been able to open in another country in a foreign language with such high acclaim from customers and vendors alike,” Schuh managing director Colin Temple said.

“This is testament to the exceptional work that has been invested by our divisional manager, whose project this was, and testament to all our staff employed across Germany for whom we can only thank them for their valuable input.

“We are sorry they will not be part of the Schuh/Genesco family moving forward.”

Schuh operates 133 stores in the UK, Republic of Ireland and Channel Islands.