M&S just managed to hold on to its FTSE 100 status this week after a quarterly reshuffle by the FTSE Russell.

The high street stalwart clung on to its FTSE 100 listing despite shares falling by nearly a fifth over the past six months.

That cash call saved the department store business from being downgraded this week, which would have been its first time out of the FTSE 100 since the stock index was launched in 1984.

The reshuffle, which is based on Tuesday’s closing share prices, also saw JD Sports jump into the top 100 to make its debut in the blue chip index.

The sportswear retailer’s shares have surged as it has bucked the wider challenges plaguing the UK retail industry, thanks to rising sales and profits and a string of acquisitions and global expansion. 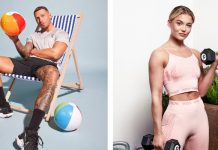