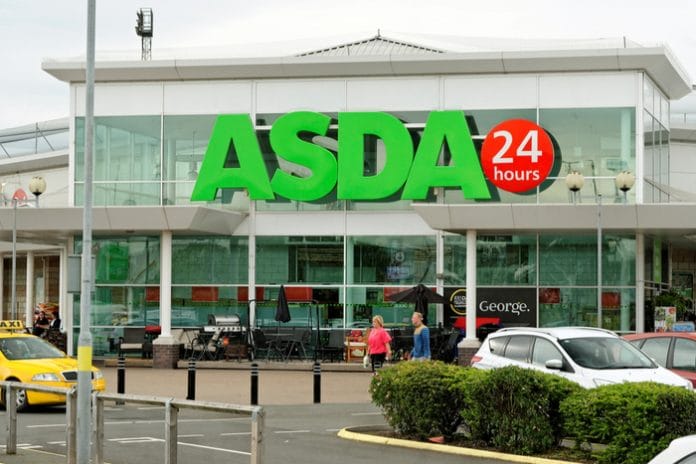 Asda has expanded its partnership with Just Eat to offer customers the chance to order groceries that would be delivered to their door in just 30 minutes.

The Big 4 grocer said it was trialling the service in addition to the food delivery service already in place that allows shoppers to order freshly cooked pizzas from Asda stores.

“Our partnership with Just Eat that launched last year to deliver pizza direct to customers was a huge success, so much so that we’re rolling it out to up to 50 stores by the end of the year,” Asda chief executive Roger Burnley said.

“This project demonstrated how partnering with complimentary brands can enhance our offer to customers, as a result I am delighted to confirm that we’re extending our work with Just Eat to trial an express grocery delivery service from two stores.

“This will focus on delivering product to customers from around 100 essential lines within 30 minutes.”

The groceries delivery trial will launch at two Asda stores – Fosse Park in Leicester, and Sutton.

A wholesale retail operation to appeal to independent retailers will also be rolled out at Asda’s Patchway store in Bristol.

With Asda not having any convenience stores, the grocer hopes its new service could eat into rivals Tesco and Sainsbury’s large portfolio of smaller stores as it taps into a growing market of customers who prefer to shop in small batches on a regular or daily basis.

In addition, Just Eat has been trying to innovate its offer, after losing market share to rivals Deliveroo and Uber Eats.

However, Burnley said there were no plans to launch Asda into the convenience market with smaller stores.

Aldi and Lidl have both announced in recent months that they will open or expand onto high streets.

Lidl recently said it would open a store in central London, and Aldi is in the process of converting a handful of sites into “Aldi Local” stores – although they will be around twice the size of a typical Tesco Extra or Sainsbury’s Local.