// Eve Sleep and Simba have started talks for a potential merger

// Both are loss-making online mattress retailers

Eve Sleep and Simba are in the early stages of merger talks as the loss-making online bedding retailers look for a way to make their businesses profitable again.

In a statement to the stock exchange this morning, Eve Sleep said that any deal would result in it acquiring Simba.

Eve Sleep also warned that “there can be no certainty that the potential transaction will proceed”.

The online retailer also temporarily suspended trading on AIM under market rules and added that it would update shareholders “in due course”.

Senior executives from both Simba and Eve Sleep have already held talks, with further discussions reportedly planned in the coming days.

After a period of challenging trading, Simba’s valuation in February plunged from £200m to £20m in order to secure fresh funding.

According to its most recent publicly-available full-year accounts, Simba recorded sales of £28.4 million in the year to September 2017.

Meanwhile, Eve Sleep’s half-year report for the period ending June 30 this year saw the online mattress retailer reduce its underlying EBITDA loss by 50 per cent – coming in at £5.9 million compared to a loss of £11.9 million in the first half of 2018.

However, Eve Sleep’s shares have plummeted from a high of 130p in December 2017 to 4.9p last Friday. 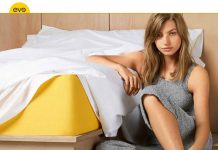 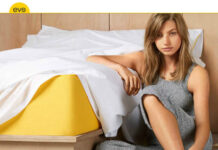