// 23.5% shareholders voted against the remuneration

Dixons Carphone has said it would consult with investors after facing a shareholder rebellion over its leadership team’s salaries.

A total of 23.5 per cent of investors voted against the retailer’s remuneration report at its AGM yesterday, which will see Baldock handed long-term share awards worth more than £2.3 million.

“The board welcomes the 76.54 per cent vote in favour of our remuneration report, including the support from most of our largest shareholders,” Dixons Carphone said.

“However, despite this vote in favour, the board acknowledges that a significant minority of shareholders did not support this resolution.

“Over the past year we have engaged extensively with our shareholders and the proxy agencies on our approach to executive remuneration.

“The views of our shareholders are important to us and the feedback we have received has been helpful.”

The news followed Dixons Carphone’s most recent trading update, where it revealed a two per cent rise in like-for-like sales during the 13 weeks to July 27, despite mobile sales dragging revenues down 10 per cent.

Following the AGM, the electrical retailer said it would “seek to consult further with shareholders” to understand why they rejected the remuneration report.

Baldock was handed an £850,000 annual salary for the financial year to April, while chief financial officer Jonny Mason was handed a £470,000 salary.

Dixons Carphone said Baldock and Mason both voluntarily deferred their cash bonus for the year. 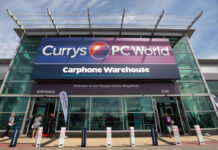