Zalando has revised its targets for diversity in its senior leadership by aiming for a balanced representation of women and men on its top six management levels by the end of 2023.

This will include the management and supervisory board.

The new target, which will be published in the online fashion retailer’s full year report later this month, is defined as a 40/60/* corridor.

This means Zalando will aim for women and men to reach a representation between 40 and 60 per cent on each level, while the * acknowledges and actively includes those who identify as non-binary.

“During the past 11 years, we have been very focused on establishing and growing our business, and we didn’t put enough effort into countering structural imbalances that have evolved,” Zalando co-chief executive Rubin Ritter said.

“We acknowledge that today we lack diversity in our senior management, and we are committed to changing this.

“We strongly believe that only a diverse and inclusive culture will ensure that we have the best talent on board and can truly serve our customer base.”

Zalando aims to diversify different dimensions of its workforce, such as diversity in nationality and education.

In the coming months Zalando will launch several initiatives to reach the goal, including updating its decision-making bodies and committees, changing hiring practices and introducing holistic succession planning.

To build on its efforts, the marketplace will annually report on the share of women and men represented on the top six senior management levels, as well as other diversity dimensions.

“Diversity at all levels of a business drives better decision making and fosters a culture of creativity, and when at its best it also boosts overall performance,” Zalando supervisory board chairwoman Cristina Stenbeck said.

“I am also convinced that diverse teams are more apt to create unique products and relevant user experiences for customers, as well as value creation for stakeholders.” 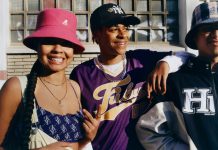