// Consumer confidence in November remained unchanged at -14, according to GfK’s Consumer Confidence Index

Consumer confidence has “flatlined” in the face of Brexit and election uncertainty, four years since it was last in positive territory, according to a long-running survey.

GfK’s latest Consumer Confidence Index remained unchanged at minus 14 in November as consumers continued in “wait and see mode” ahead of the General Election and the crucial Christmas trading season. 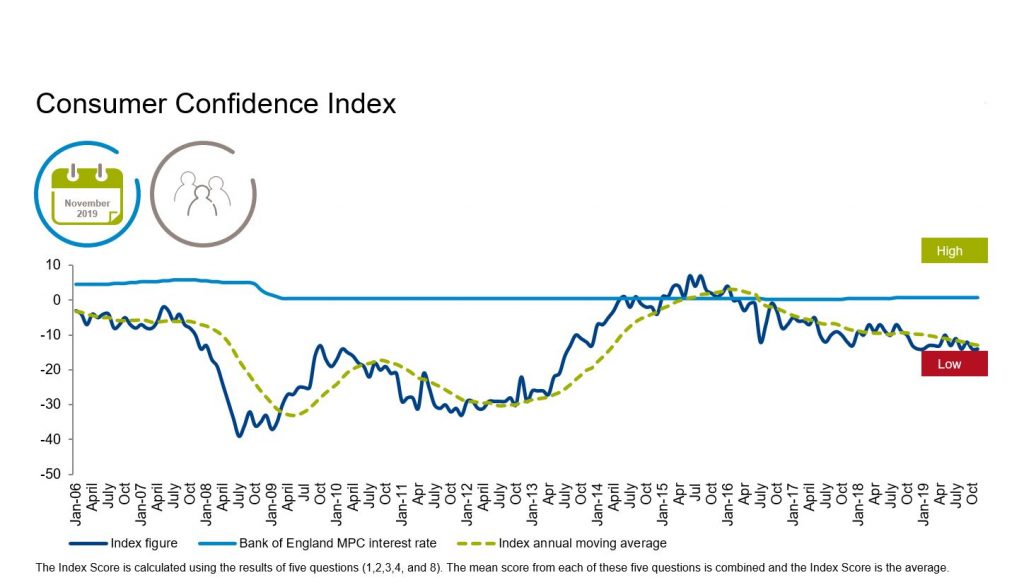 Confidence in the general economy over the coming year rose by three points in an indication that some consumers believe the election might clear the Brexit deadlock, GfK said.

However, it noted it remains in “deeply negative” territory at minus 34.

Confidence in personal finances over the next 12 months is unchanged at positive one, two points lower than November last year.

The major purchase index, a measure of confidence in buying big ticket items, fell one point to zero, three points higher than a year ago. 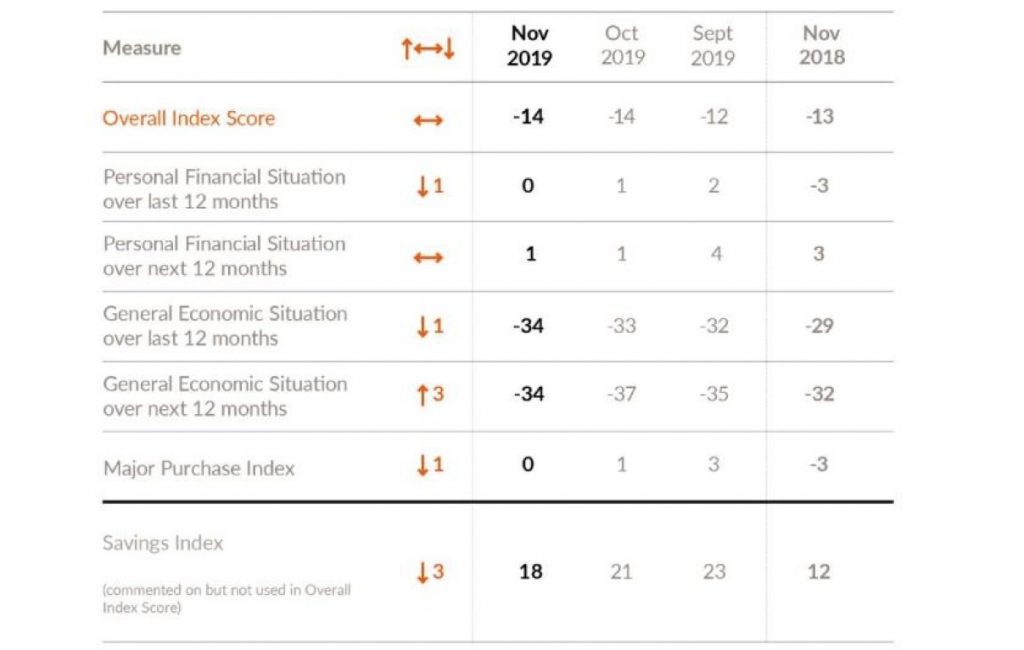 “In the face of Brexit and election uncertainty, consumers are clearly in a ‘wait and see’ mode,” GfK client strategy director Joe Staton said.

“The General Election is potentially an opportunity to move us out of the doldrums, but for this to happen there must be a clear result.

“A hung parliament could be very damaging for consumer confidence and would surely deepen the obvious malaise that we see month after month.

“We have not seen a positive headline score since January 2016 – that’s nearly four years ago. Uncertainty is nobody’s friend.

“While many issues are under the spotlight in this election, political parties will need to satisfy voters that they will be effective for the wider economy and that, as a consequence, people will be better off next year and beyond.”