// Sale of its Asian operations could earn the supermarket giant £6.8 billion

Tesco could sell its operations in Malaysia and Thailand as part of a strategic review, according to a statement reported by The Telegraph.

Tesco stated that following “inbound interest”, it has “commenced a review of the strategic options for its businesses in Thailand and Malaysia, including an evaluation of a possible sale of these businesses”.

It’s thought the Asian operations could be worth as much as $9 billion (£6.8 billion).

“This is going to have to be a knockout offer for Tesco to considering selling,” Shore Capital retail analyst Clive Black told The Telegraph.

“Thailand in particular is a jewel in their crown and as recently as June, they were they talking about expansion there with 750 new convenience stores over the next four years.

He added: “I’d expect any offer to be at a very high price – Tesco absolutely does not have.”

Tesco currently employs around 60,000 staff in Malaysia and Thailand, out of 450,000 worldwide.

The retail giant added that the “evaluation of strategic options is at an early stage, no decisions concerning the future of Tesco Thailand or Malaysia have been taken, and there can be no assurance that any transaction will be concluded”.

The reports come after current Tesco chief executive Dave Lewis announced his departure from the supermarket giant in summer 2020.

Dubbed “Drastic Dave” due to his widespread cuts and tens of thousands of redundancies, Lewis announced in October that he considers his turnaround for the retailer “complete” and his decision to leave the business was a personal one.

Lewis will be replaced by Ken Murphy in the new year. 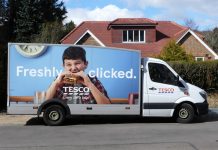 Tesco & Aldi among retailers to warn Brazil over law threatening...