// Day has now acquired the majority of Bonmarché’s assets

Bonmarché has reportedly been sold to Peacocks following months of speculation.

The fashion retailer, owned by Philip Day’s investment firm Spectre Holdings, has now acquired the majority of Bonmarché’s assets, including stock and around 200 stores, Drapers reported.

However, a deal on the rest of its store estate has not yet been completed.

Bonmarché fell into administration in October, putting around 2900 jobs at risk.

FRP said at the time that Bonmarche would continue to trade with no immediate job losses or store closures, as it assessed options to secure its future and search for a buyer.

Peacocks is currently in talks with some landlords about whether it is able to take the rest of the Bonmarche stores forward.

Bonmarché currently has around 270 stores in the UK.

In late November, Peacocks was revealed as the preferred bidder for Bonmarche.

The deal would result in the closure of 30 “underperforming and unsustainable” Bonmarché stores by December 11 and “potential” further redundancies.

At the time, joint administrators Tony Wright, Alastair Massey and Phil Pierce at advisory firm FRP Advisory said the Peacocks deal was the “best opportunity to maximise returns for creditors and sell the business on a going concern basis”.

In December, Bonmarche’s chief executive Helen Connolly stepped down from the embattled retailer. 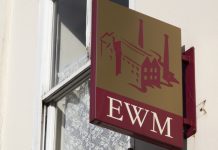