// Amazon has been criticised for selling “hate crime” t-shirts

The ecommerce giant was condemned by users who took to social media to express concerns over the slogan t-shirts.

A group of mothers discovered the t-shirts on the website and took a screengrab to post on Twitter before Amazon removed the products from its platform on Wednesday. 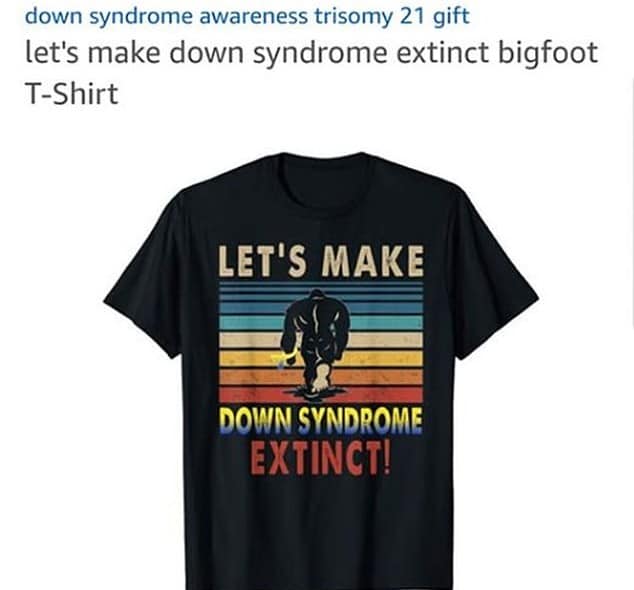 One user raised the issue by accusing Amazon of a “hate crime”.

@amazon please stop selling this filth. People with Down’s Syndrome are people, and should be treated with respect and dignity. You wouldn’t sell t-shirts that say “let’s make (I’ll let you put in whatever) extinct, esp if it was racist, homophobic, sexist? So why allow ableism? https://t.co/c0CVh2t2S8

Amazon has not commented on the matter.

This is not the first time Amazon has been embroiled in controversy.

Despite the controversy, Amazon has continued to appeal to a wider market with its sustainable values.

He told followers on Instagram a new “Bezos Earth Fund” would start to distribute cash within months.