B&M announced to the City this morning that it has completed the sale of its German retail business five months after opening a strategic review into its performance.

The discount retailer said its 80 per cent controlling stake in Jawoll was sold to a consortium led by AC Curtis Salta for €12.5 million (£10.8 million) .

Completion of the transaction, which is conditional upon German competition authority clearance being granted, is expected to occur within the next 28 days or by a long stop date of June 1.

B&M said €2.5 million of the deal will be payable upon completion, with the remaining €10 million payable on December 31 conditional to the ongoing trading of the business.

The news comes after B&M put Jawoll under review last November, when poor trading in its German business was largely attributed to the 70.5 per cent plunge in B&M’s overall pre-tax loss to £32.2 million.

With Jawoll no longer part of the business, B&M continues to trade from around 650 stores in the UK and around 100 in France, where it operates the Babou chain. 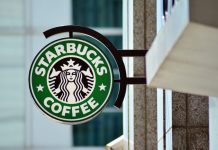